MEGA Report - What Files have been transferred with WALTR

Thousands of people are using WALTR every day. Every hour, and even every second.

So at some point we just thought: What exactly people use WALTR for? And what formats do they use the most frequently?

The answer is – all of the above. To a different extent, though.

So with the purpose of higher good, we’ve been collecting the user data for the last 21 days. And right now we are very excited to share all those numbers with you.

In total for three weeks a whopping number of 370,488 files has been transferred with WALTR for Mac. 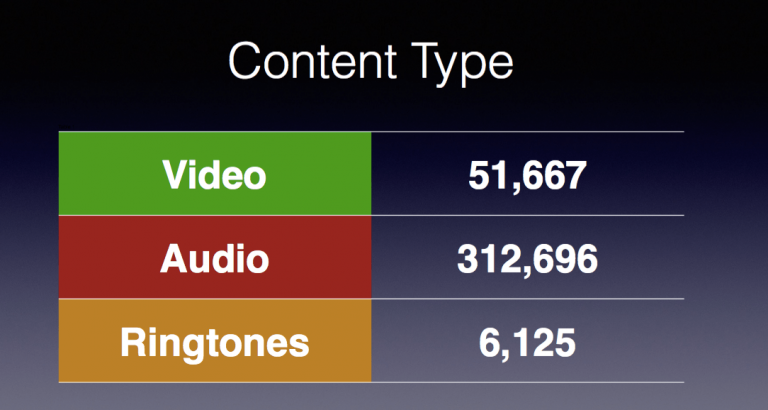 Turns out, 70% of all audio files uploaded to iPhone were in MP3 format. Meanwhile, ALAC (Apple Lossless) file extension, that has been pro- moted by Apple on every corner – scored the last.

All in all, MP3, Flac and M4A take up 95% of all audios our users put on their iOS Devices with WALTR.

Put together, MP4, MKV, AVI – take up 89% of all the videos transferred with WALTR. And the nice little (but expected) twist of the plot – unsupported formats by Apple: AVI and MKV are the most spread (54% in a sum).

Perhaps, the most engaging part of the report are content highlights. New Drake’s album ‘Views’ was an absolute hit and fairly is the album users listen on their iPhones the most often.

What concerns video content – the winner is ‘Game of Thrones’ TV series, since its new season was released just a couple of months ago.

In the end, here are some points that we can’t but to share with you:

✔ every 90 secs somebody drops files into WALTR for Mac

✔ every 35 secs somebody uploads video to iPhone using WALTR

✔ every 6 secs somebody uploads audio to iPhone with WALTR

P.S. What media formats do you use the most often? Speak your mind in the comments!

P.P.S.While you’ve been reading this article,10 videos, 30 audios, 1 ringtone were transferred to iOS devices with WALTR