How To Sync Music To iPhone on Windows 10 or MacOS

Sync Music to iPhone super quick on Windows 10 PC without iTunes. This brief guide will show you how WALTR for Windows and Mac makes this possible.

iPhone is a top-notch gadget, a little digital hub that has absolutely various features. It’s also a superb music player, that’s able to hold thousands of songs inside. This is probably why we would like to sync music to iPhone and be able to listen to it whenever we want.

The absolute majority of forums & websites suggest using iTunes to sync music to iPhone, whilst others recommend some sort of third-party apps, that also require installing different players on your device. But there's one more way – WALTR 2.

How to Sync Music to iPhone without iTunes (using WALTR 2)

WALTR 2 is macOS & Windows replacement for iTunes. It's a simple app that lets you transfer any media on your device. The best way is to see WALTR in Action in this short screencast video:

WALTR is absolutely cutting for MAC OS and for Windows 7, 8 and 10. It also able to work with any Apple iPod and iPhone & iPad on iOS 5 and higher.

First off – get the installation file to your HDD.

Get WALTR by clicking on this bright green button.

By the way: when the installation and setup process is completed, enter your valid email. This is needed to activate your 24-hour free trial period for WALTR, so you could see how cool the program really is. 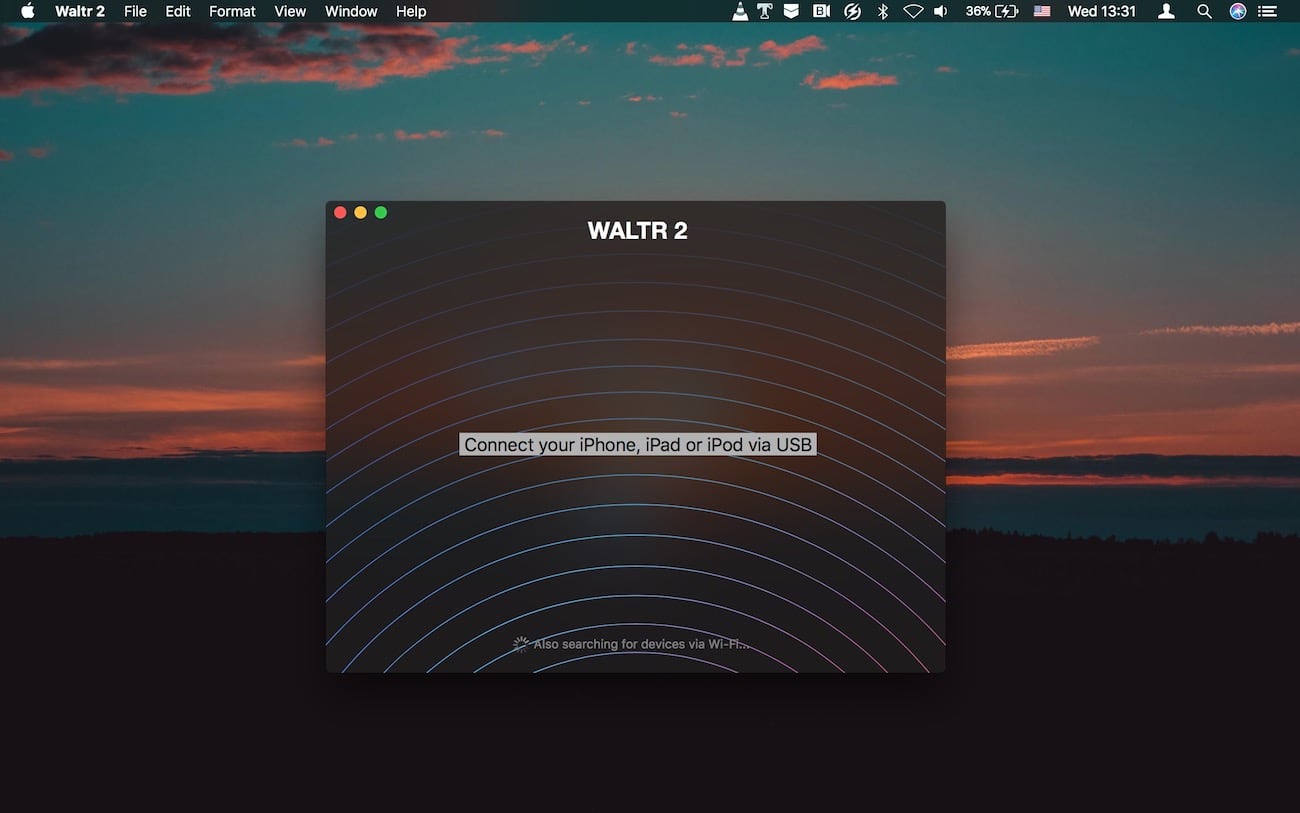 During the next 24 hours, you will have access to the whole variety of its functions. As if you got the licensed copy.

Step 2: Plug-in your device into your PC or Mac computer

FYI, WALTR 2 experimentally supports WIFI connection. But to have it enabled you still should use your USB cable and then click on the gear in the right corner below > select ‘Enable WiFi Connectivity’.

Once your device is connected to the same wireless network, WALTR 2 should see it. 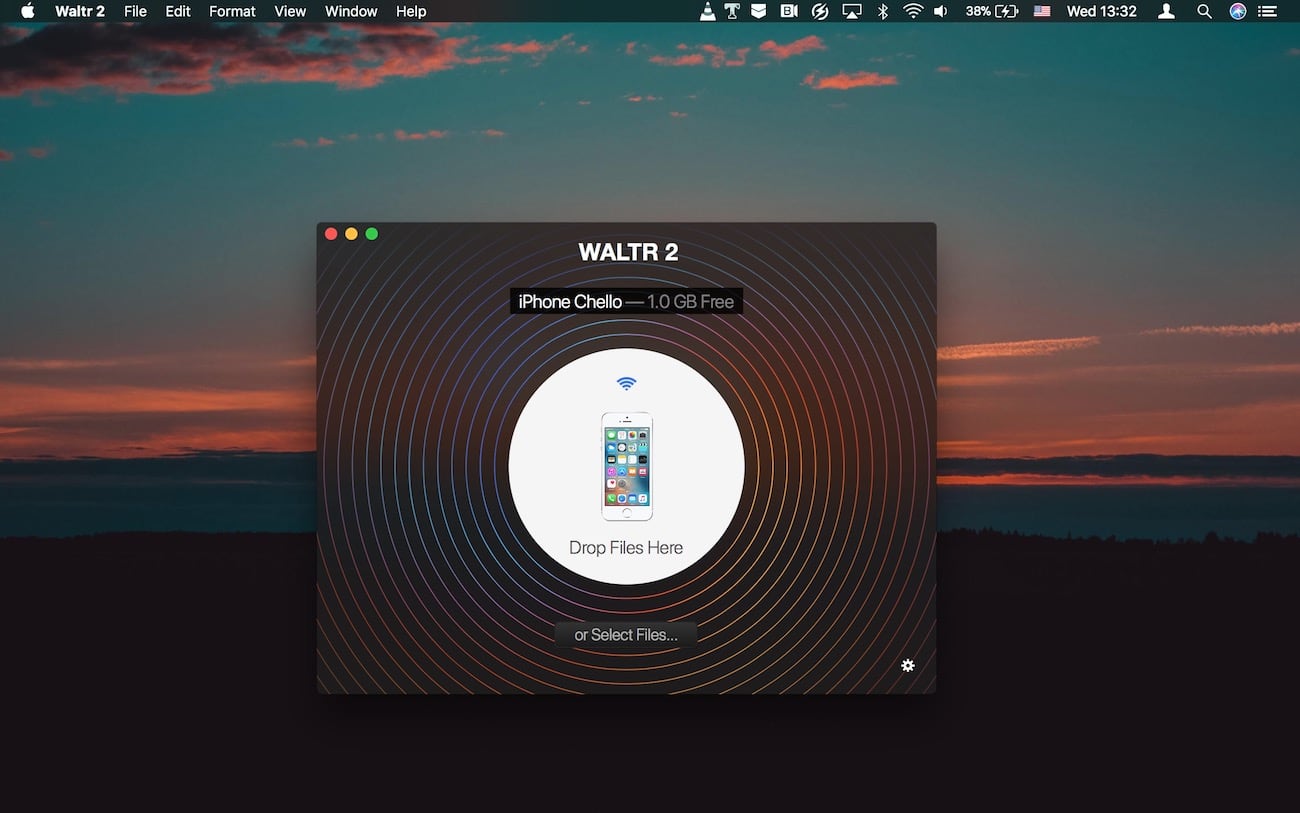 The design of User Interface won’t ever take you in. WIth its clear & simple UI absolutely all iPhone users can use WALTR without any issues. Meanwhile, if you decide to sync music to your iPhone with iTunes, even navigation could be puzzling.

So, basically, once you connected your cool iPhone device to the computer via cable – and you’ve been through 80% of the work!

Just grab a song, a folder, an album or dozens of albums – and simply drop the taken files into WALTR’s window.

To make things a little more fun, we tested all this on iPhone 4S. Including FLAC to iPhone transfer. 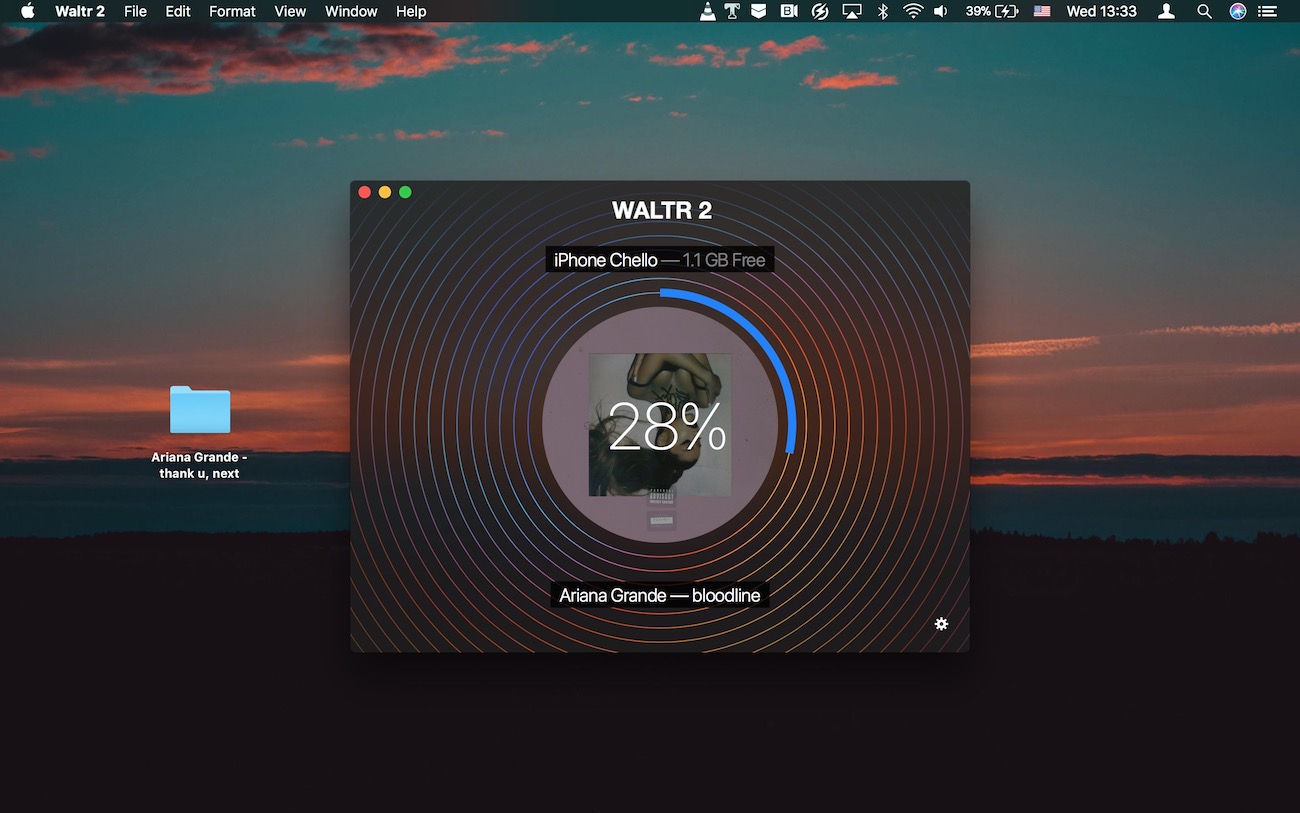 Once it starts syncing, you will notice the blue progress line appear. Yep, right – it displays exactly how long it will take to sync the music to an iPhone (it won’t take long 😉).

Your song is gonna go directly into the Music application on your iPhone. And the best part – it will grab the covers & artworks from the Internet and put ’em into your Home Music folder. 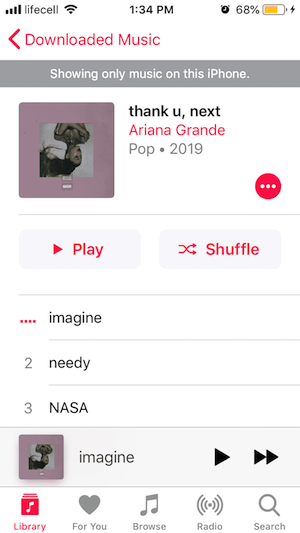 Once again, here’s the short feature-list WALTR 2 has:

WALTR is a clever tool brought to life by Softorino team 2 years ago. It moves files from Mac & Windows computers to iPhone or iPad without the need to launch iTunes.

In addition, it’s fully compatible with all the iPod devices delivered by Apple. Among all the video & music formats it supports are MP3, FLAC, APE, CUE, APE, WMA, AVI, MKV, etc. All of them are later available for playback from the default music or video applications on iOS.

WALTR got extensive coverage by the leading publications all over the world.

WALTR 2 is the reason you should change the default ringtone on your iPhone! While usually, it takes tons of effort to trim the ringtone and to sync it to iPhone with iTunes, with WALTR you just push it in M4R format into WALTR and then you have it!

WALTR is the ONLY app able to do what it does in such an easy & quick way. It’s compatible with the absolute majority of Apple devices including even the original iPod that was delivered almost 15 years ago!

So go ahead & try it out! It’s the best way you can sync music to iPhone without iTunes or without installing any third-party apps!

If you think you need any assistance or some piece of advice – don’t hesitate! Contact our customer support service guys. They’re always online and ready to help!