How to Transfer Video from PC to iPhone without iTunes

Finally: you can transfer videos from PC to iPhone without using iTunes. This article proves that anyone can put movies on iPhone without syncing and quality loss.

The standard way to transfer video from PC to iPhone is to use iTunes. But the truth is it’s not the easiest, nor the fastest workaround to get the job done. Apple killed it on macOS, but PC users should still use it.

Even though iTunes was at the forefront of the software field, a great example of an amazing application in the beginning – nobody can hardly rate it this high right now. And if you’re a Windows user – you know this better than anyone else.

That’s why here we’ll show a way to bypass iTunes and put video from PC on iPhone without a hitch. A quick demo video displays the process right here:

If you want to transfer video from PC to iPhone, you’ll need just 30 secs of your time and a gem-kind WALTR program for PC computers. Now you’re probably wondering what WALTR is and how this overall workaround is better than iTunes sync.

Well, it’s better because the application has only one goal – simplify transferring of any file type to iPhone or iPad or even iPod, whilst iTunes has tons of functions & features (which makes is THAT puzzling).

Go ahead and try it out yourself by hitting the button below. The download is safe & free! You will receive a 24h trial. The licensed version will cost $39.95.

WALTR 2 is just a simple universal drop-zone that lets you push ANY Content (music, videos, eBooks) to ANY Apple device. You just drag it and drop.

Regardless of the file format. WALTR got more than 100K of downloads in the first months after it was released.

Bullet-Fast Way to Transfer Video to iPhone Without iTunes

I assume by this time – you’ve already downloaded the application to your HDD, so all you have to do is to install it. Then proceed to the next step!

Step 1: Connect your iPhone to your Mac or PC

A usual USB cable fits just perfectly. If you don’t have the patience to use the cords, WALTR 2 lets you add video to iPhone cable-free just as well. But to enable the feature you still have to plug-in your iPhone first.

BTW: Read how to transfer video from computer to iPhone using WALTR 2.

Once you connected it, click on the gear in the bottom right corner of the application and select ‘Enable Wi-Fi Connectivity’. That’s it! 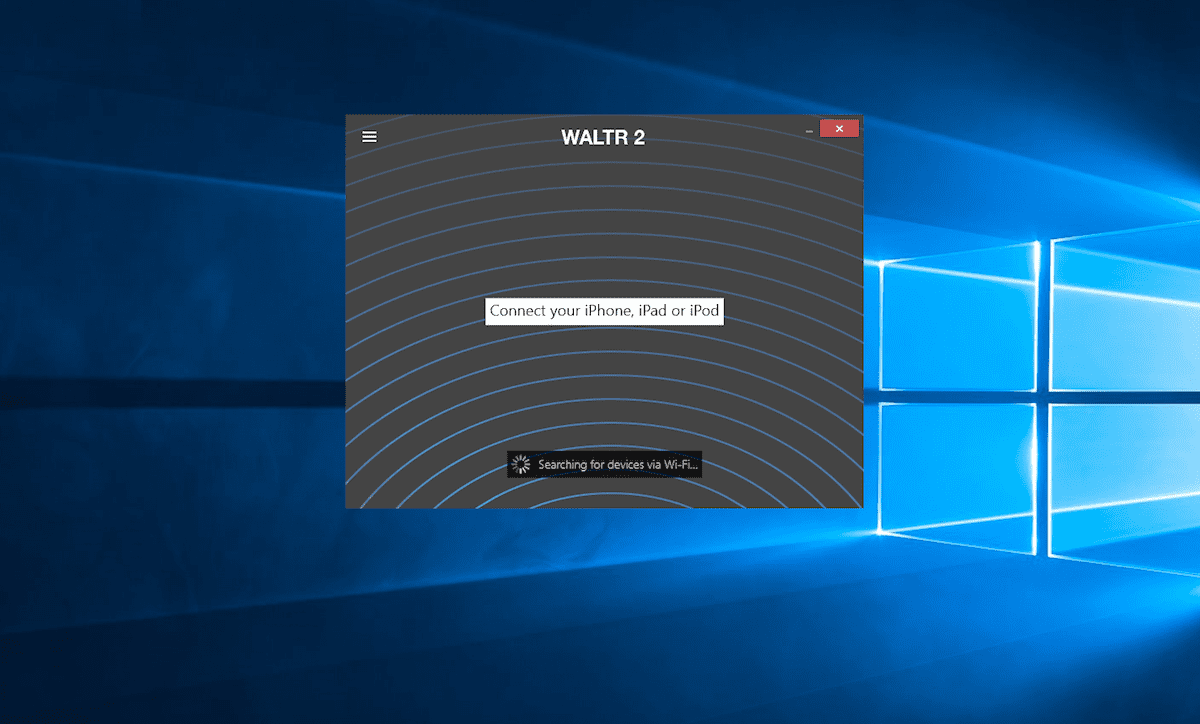 The best part: you can push any media file in any format into WALTR (+ eBooks).

This means you can even play back video formats like MKV, AVI, WMV (iTunes can’t read by default).WALTR 2 works seamlessly even with lossless music format like FLAC. 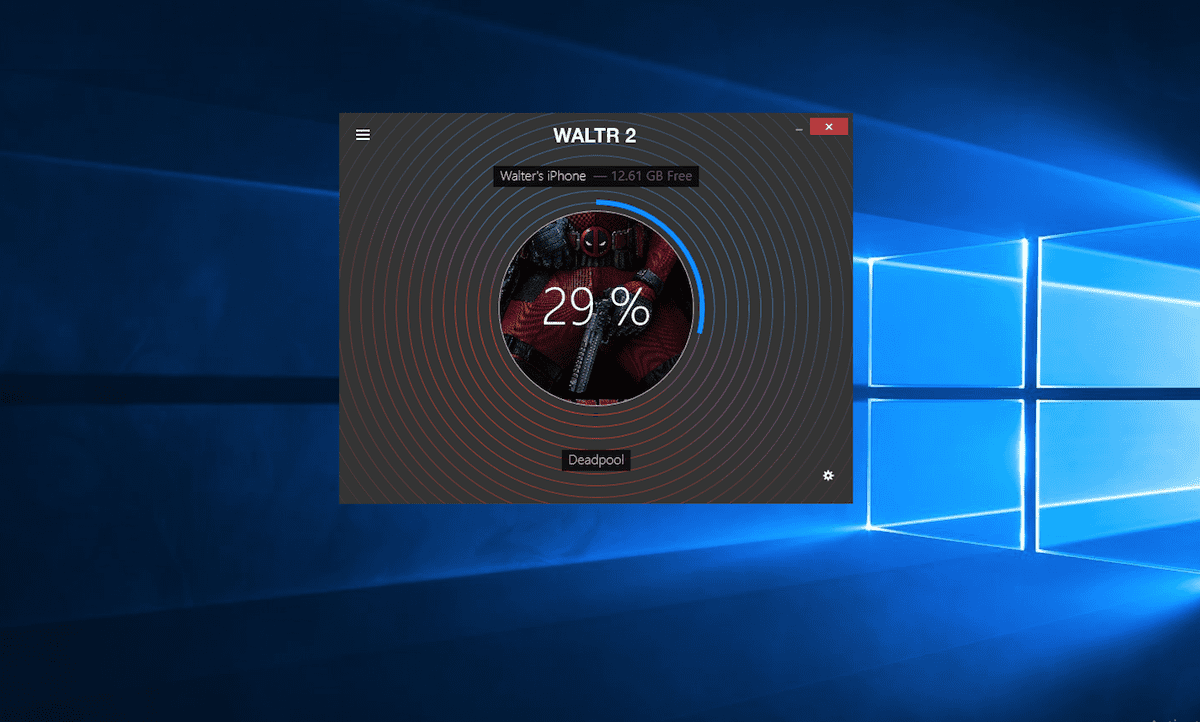 Once you drag the files into WALTR, WALTR will transcode them on-the-fly and you’ll be able to quickly open them in your Home Videos/Music folders. 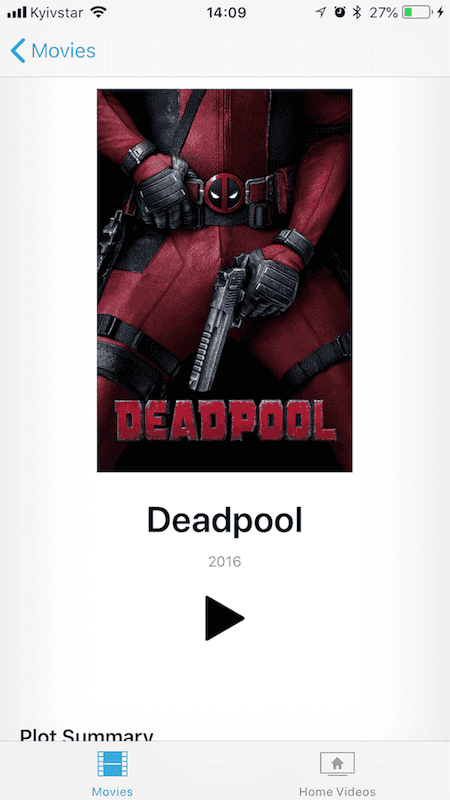 Step 3: Play your file on iPhone

It’s already there.As soon as you see the bar filled up, march to the Home Videos on your iOS device and find the files saved all there.

You can also learn how to transfer video from computer to iPhone without iTunes in a very convenient way.

I’m sure you are already impressed – but trust me, that’s not everything WALTR is capable of! The application has the whole legion of practical and captivating features!

A Short Roundup of WALTR 2 features:

If you’re a Mac user, perhaps you don’t experience this overwhelming pain whenever you launch iTunes, so you might think I’m exaggerating here. But on Windows, it’s just a different story, since iTunes is slower and can crash anytime. But we know how to sync iPod to iTunes properly.

Many users say that iTunes absolutely outdated in 2017. Not because iTunes was released a decade ago – NO. But because it was released a DECADE ago, and it still stays buggy and bloated. And we have a special guide on how to sync iPod to iTunes as well.

On top of this, it’s difficult to navigate. Also, now you can only sync one device with a single iTunes library, otherwise – iTunes can wipe out your files. The last point is especially painful.

WALTR 2 is the f@cking best way to transfer video to iPhone without syncing the whole device, which we know well – can last forever. There are no format impediments, no quality loss, nothing that can confuse you.

WALTR is amazingly simple, it can’t get anymore easier, since it’s just a drop zone. You just throw music & video of any kind – and voila! It’s there, on your iPhone.

And it’s 100% worth to try it out. if you are sceptical, go ahead and try it out: WALTR 2 download. There are no strings attached.