How to Play FLAC Music Files on iPad, iPhone or iPod

Every audiophile is always wondering how to play FLAC on iPhone. It’s a fact that Apple made it where the only way you would be able to listen to audio files from your iPhone is to add the songs or files into your iTunes beforehand.

Apple also made it so iTunes can only support, transfer and play certain audio file types. In short, iTunes or iOS will not support FLAC files but you can try some iTunes plug-ins that can somehow influence it to play FLAC file on iPhone.

But, I have a revolutionary solution that will show you an uber fast way to transfer .flac music to iPhone in seconds.

Without even launching iTunes.

It is kind of silly that Apple will not support FLAC. Made me about this format barrier that they created: It’s a bummer that iPhones and iTunes are not naturally supporting FLAC files. Pretty much made for their reason to push their own lossless format (ALAC). But hey Apple, as always, supporting their own, killing the rest. But you can easily convert FLAC to ALAC in seconds if you use WALTR.

Here are 3 SUPER-EASY STEPS to play FLAC on iPhone

The whole article, in general, is crafted to show you the fast, safe & simple way for playing FLAC music on iPhones. So have your iPhone or iPad or iPod ready to be plugged into your Mac for this shockingly AWESOME solution – WALTR app for macOS and Windows PC.

Video Tutorial: How to Put FLAC on iPhone in 100 Seconds using WALTR

Step 1. The First Thing you Need to do is Download WALTR

The download is free of charge. This means you’ll be able to test out the app absolutely at no cost.

It’s nothing fishy. WALTR PRO is an app that puts ANY media files into your iOS device without having to worry about the correct format settings. It simply imports the dropped media directly and automatically sets the codecs for smooth playback on your device. You can even put movies on iPad.

You will see a window that prompts you about dropping ANY media files (such as FLAC, MKV, AVI, MP3, M4R & more)

One of the hottest features of WALTR PRO – Wi-Fi Compatibility. This means you can now put FLAC on iPhone without connecting your iPhone to the computer. For this, click on the settings wheel in the bottom right corner of the app and select ‘Enable WiFI Connectivity’. 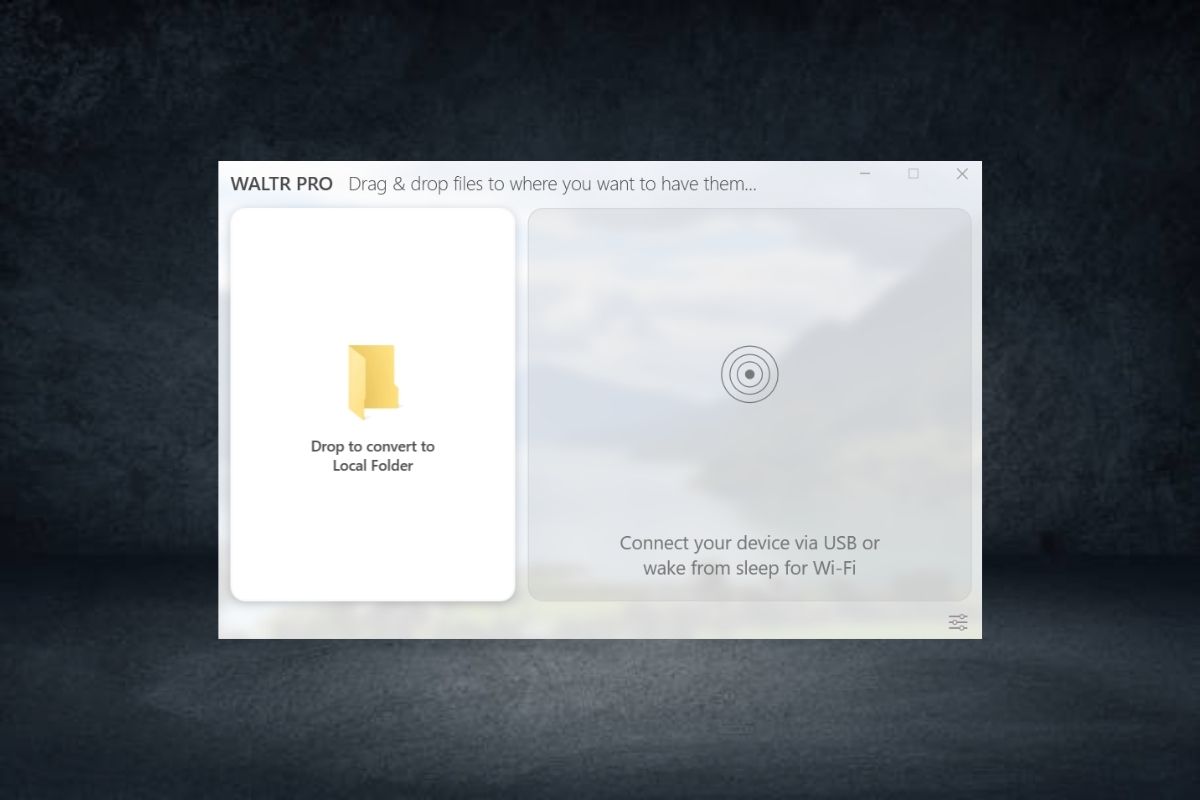 Step 3. Drag .flac Files and Drop Them Into WALTR

After you have done so, the transferring process will begin. Do not disconnect your device. You will see a message about successful sync. 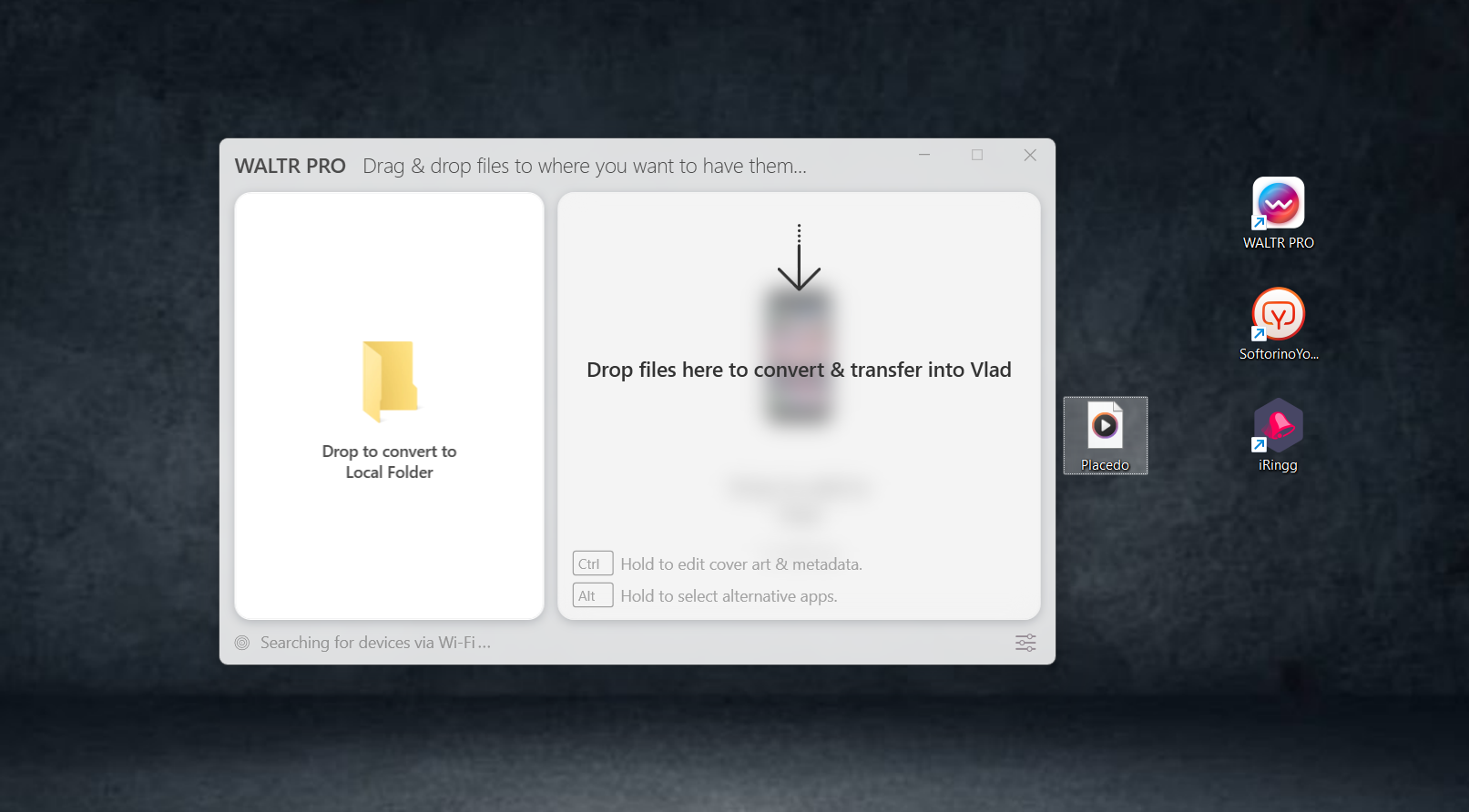 There’s no step 4. It’s just 1..2..3. The transferred FLAC music files will appear on your iPhone inside the native Music app.

Let me know in comments if they don’t. Easy right? And no need to use any converters or launch iTunes. Moreover, WALTR allows you to put movies on iPad.

Any iPod is compatible too, whether Classic or Touch, you can effortlessly transfer music from computer to iPod regardless of its generation or model!

If you are skeptical about WALTR – chill out. The app already turned into one of those ‘necessary’ apps for thousands and thousands of Windows & Mac users. No joke – it has 10K active users on a daily basis.

The reason is obvious – this is the only tool you will ever need to put movies, music, eBooks onto your iOS device or iPod. It lets you bypass iTunes, various converters and supports the vast majority of file formats. You’ll shed all your doubts at once, once you try WALTR (and the download is free).

If you ever happen to transfer WAV file, FLAC, WMV or simple MP3 no other app can handle the same task with the functionality close to the one that WALTR has. It’s just a drag & drop movement. Moreover, if you play FLAC on iPhone, it will go to the default music player, if an ebook then it will land in iBooks. WALTR finds the proper place for every file it transfers. In this case, it simply transcodes FLAC to ALAC. 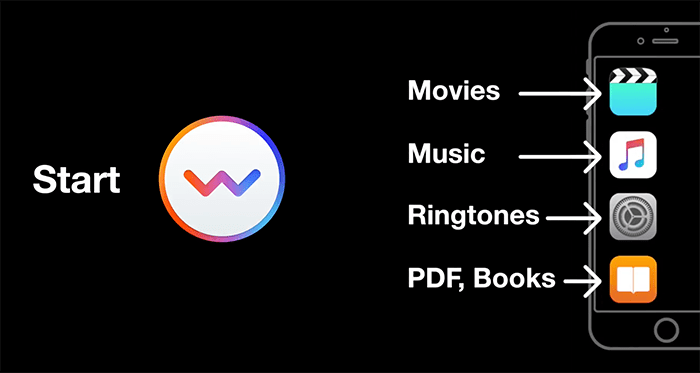 I personally think that converting is silly. From now on, with WALTR, there’s no need to be chained to VLC. All your transferred .flac files will be available for playback right in your native Music app on the iPhone.

With the release of new iTunes versions that were released after iTunes 10.7, they made a lot of not really useful stuff. Instead, it would’ve been better to add very handy features.

For example – support of incompatible formats, so that you could play FLAC on iPhone.

Of course, it’s also a little disappointing because the crystal clear quality costs us a ton of hard drive spaces are very chunky files with 96kHz 24-bit depth.

If you really need this hard drive space and don’t really care about audio quality, go ahead and use WALTR to Put MP3 Files on iPhone on a Mac without iTunes.

Previous article Transfer MP3, FLAC, APE to iPhone without iTunes and Jailbreak
Next article 9 Slamming Ways to Transfer Music from iPhone to Computer