How to Listen to FLAC on iPhone – (new best way!)

Didn’t try WALTR to play FLAC on iPhone? Ugh… Don’t waste any minute and try it now (because this is easier than ever!)

I guess you know that FLAC is the KING among lossless music formats.

After all, FLAC has perfect sound quality, crystal sound, it’s the MOST POPULAR lossless music format ever.

Who are we kidding – FLAC is the best, right?

FLAC is so much better choice for high quality music, but MP3 is the format that almost any player can tackle. Anyhoo, it’s time we learned how to play FLAC on iPhone – natively.

How do you play FLAC on iPhone?

Now, we have recorded a video tutorial for you guys. It covers all the info & guidelines you can find below. That would be just enough for you to learn to play FLAC on iPhone – natively.

To fully enjoy the brand-new technology from Apple, your audiophile side should also enjoy quality music. But Apple does not support FLAC music – natively.

Therefore, I will point out a tool that takes care of this. It makes it even more easier than iTunes for syncing your media with devices.

It’s a critically acclaimed application WALTR 2. It’s a minimalistic drop area – simply push your FLAC file into the drop zone and your music will immediately appear in the Music.app on iPhone.

The following 3 steps will guide you though the converting FLAC to iPhone on Mac or Windows.

How to Convert FLAC to iPhone in 3 Steps

*FYI – What the hell is FLAC music?

FLAC a.k.a High-res digital music is a file format for those, who want more quality from their music. I can’t blame them, it really does make a difference with the right equipment. They use a lot more space when storing but provide better quality than .mp3.

FLAC is a king among lossless formats.

It’s a superb music container and it holds HD music quality inside. Needless to say, many people stick to it. Its downside, however, is that it’s a non-starter for Apple devices. iTunes simply won’t recognize your music unless you convert FLAC file to MP3 or other Apple supported format (no worries, we’ll help you out with this).

The amazing thing about this whole WALTR 2 workaround is that if you prefer to stick to a HD quality, you may also convert FLAC to ALAC (it has same awesome quality level, btw).

Open the downloaded .dmg file and drag Waltr.app file into the Applications folder as prompt. If you’re on Windows, simply download the .exe file and finish the installation of this FLAC converter.

WALTR 2 – is a gem-kind piece of software that is classified like no other app before. It’s a tool that everyone always thought about, but was sure it was impossible to actually happen.

Well..Softorino’s devs made it possible. In short, WALTR allows you to transfer FLAC files into your iPhone without worrying about converting and the uploaded files are available for playing back at highest quality possible directly from the iPhone’s native Music app. It actually takes the suck out of converting FLAC to Mp3.

You will see a drop zone that will ask you to put any files that you want your Mac / Windows machine to transfer to your iPhone 7. 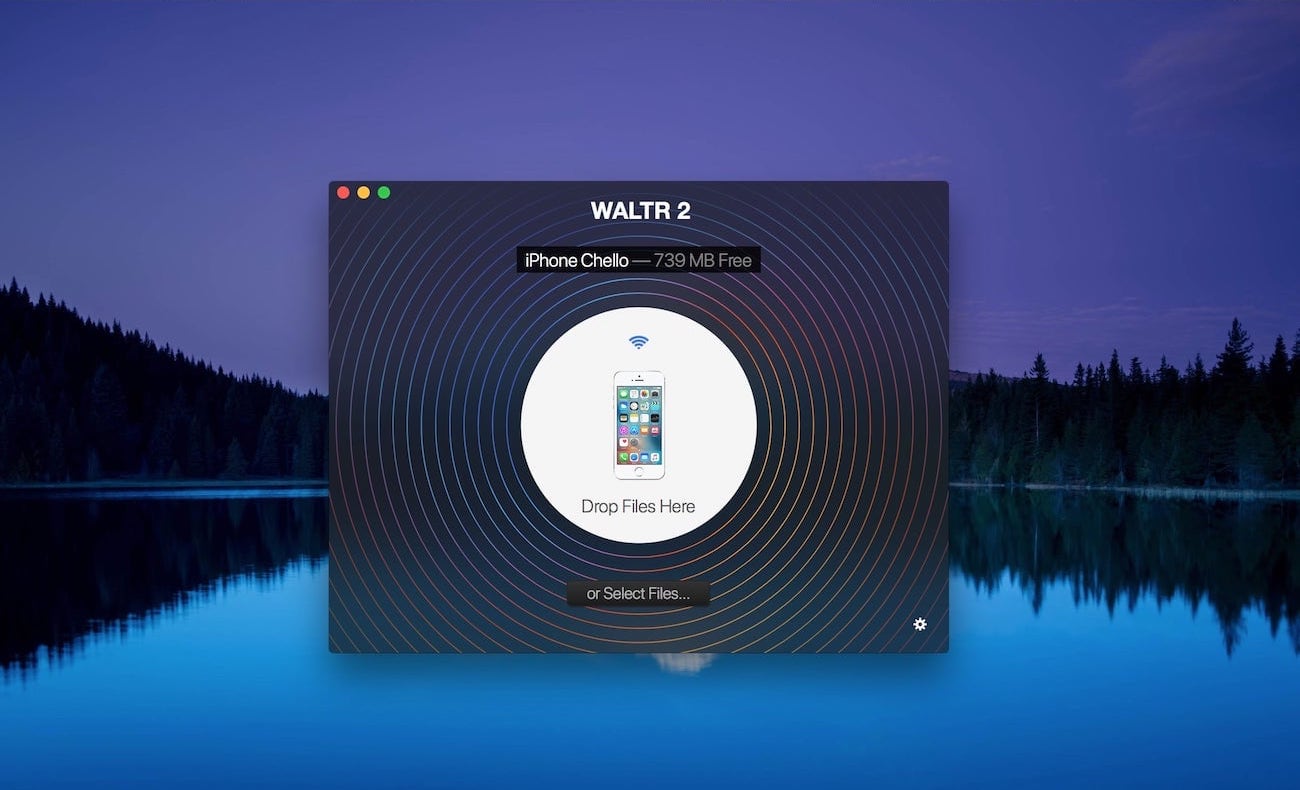 Step 3. Grab .flac files and drop them into the requested window.

After you drop the FLAC music files into WALTR’s drop-zone, the transferring process will begin. 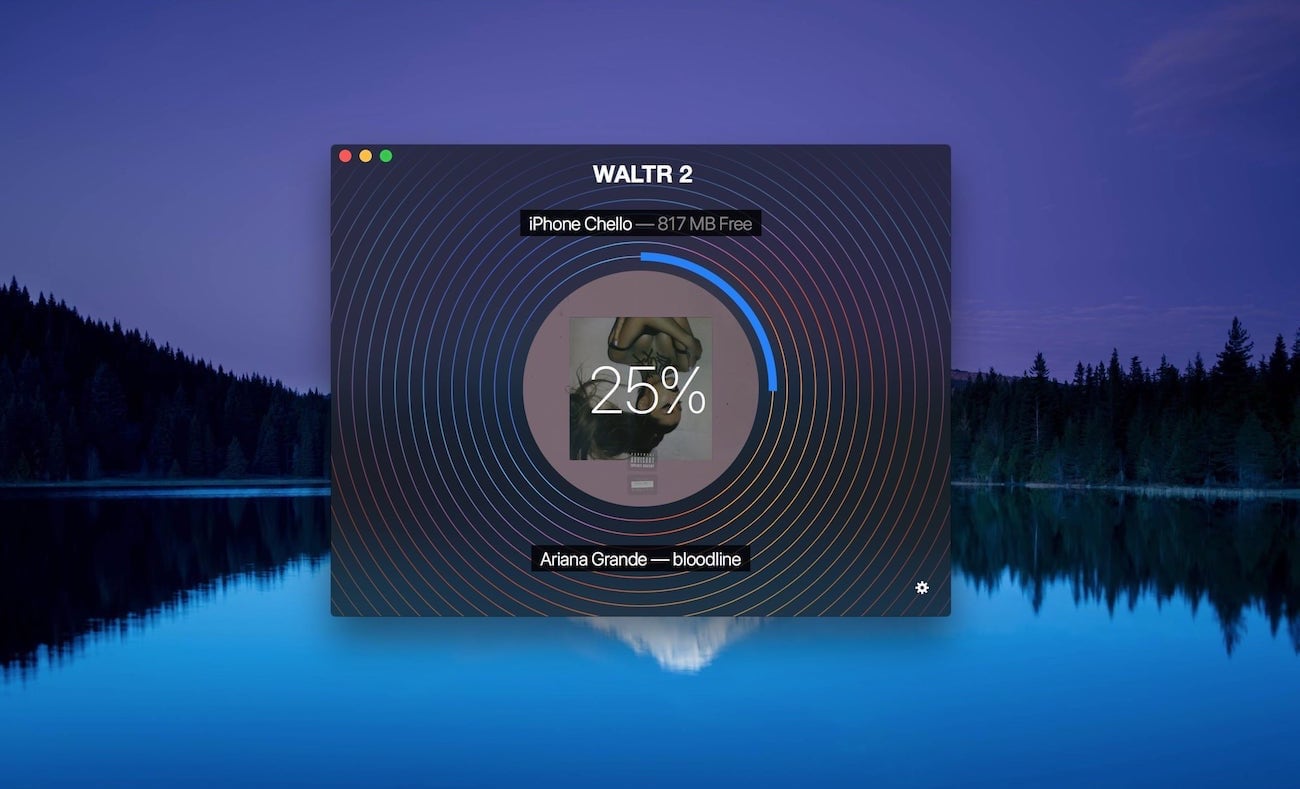 The magic will be finished and you’ll see that everything has finished successfully. Why this workaround is better than any other FLAC converter? It’s faster, it’s more reliable, it makes your iPhone play FLAC music natively!

And honestly, there are simply too many reasons to enumerate them all here!

And you’re done! That’s how easy it is 🙂

There’s really nothing else to it. And you had nothing to worry about, right? Now just make sure to check your native Music app on your sexy iPhone 7 for the newly added FLAC songs. 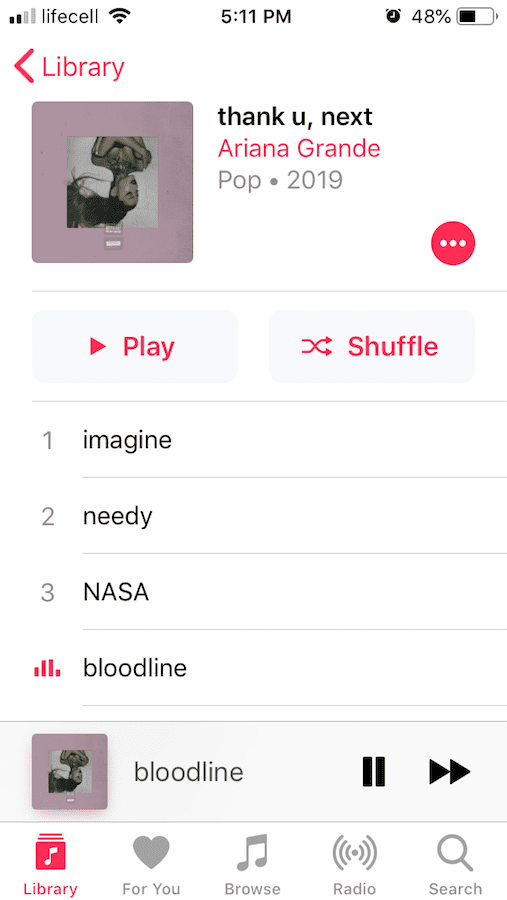 Before reading this article, to play FLAC files, you had no other choice but to put them into a 3rd party app on your iPhone or iPod. This wasn’t so convenient, right?

WALTR brings a way to put FLAC music to iPhone’s native music app without any complicated 3rd party converters or sync processes. It’s so much easier to play FLAC on iPhone natively than using some software you aren’t sure about.

MacOS High Sierra has a completely new design and tons of new features that will not leave people from a desire to upgrade.

It sure looks more like the breakthrough design of iOS 11 that was introduced by Jonathan Ive. It looks more futuristic and simply better (strictly an opinion from Softorino). MacOS Sierra is now a better add-on to your new iPhone X with incredibly smooth interplay.

And Windows 10, if installed on the proper machine with nice specs, will be super-accurate, quick and exciting to use. It includes a ton of big upgrades when it comes to security, boot time and battery life efficiency. But, it’s probably still works the best if you have a touch screen.

According to Softorino’s founder Sergei Kudryashov, WALTR is the only app that allows users to transfer Apple’s unsupported formats directly into iPads & iPhones without iTunes and access them straight from native Videos and Music apps.

Let’s drop all the advertising and marketing BS: I can guarantee that there is no legit app that is even close to WALTR.

Apart from FLAC, you can use the same super-quick way to sync popular formats like APE, ALAC, MP3, M4A directly to your iPhone for playback in native iOS music app.

In the end, make sure to let your friends know the easiest way to play FLAC on iPhone/iPod!

Download
Previous article How to Convert APE to MP3 for iPhone (No iTunes Required!)
Next article Transfer MP3, FLAC, APE to iPhone without iTunes and Jailbreak