How to Convert MTS to MP4?

If you own an Apple device or use iOS products and have recently downloaded or purchased an MTS file, you might already know that iMovie does not support MTS files. Your Mac, iPhone, iPad, or iPod’s limitations and format restrictions mean you will need to convert MTS file to MP4 file to make it iOS-friendly and play it on your Apple devices and products.

Fortunately, we’ve tested out a number of online tools and desktop software to help you decide what the best way of converting your MTF files will be for you. The software that we’ve discovered is called WALTR PRO and it works with both Mac and Windows PC.

Before we get into the nitty-gritty details of using WALTR PRO, we will understand the difference between MTS and MP4 formats, discuss the various methods of converting MTS files and why they’re not as efficient, and finally present some of the reasons why we think WALTR PRO is the perfect solution – especially for Apple users.

So, without further ado, let’s dive right into it!

What is MTS Format?

MTS, short for MPEG Transport Stream, is a video format that was developed by Microsoft to meet the increasing quality demands of the public. It is used in Sony and Panasonic HD cameras as well as to store high-definition Blu-Ray discs because it offers high-definition videos.

This file format is saved in AVCHD [Advanced Video Coding High Definition] with 720p or 1080p resolution. Since MTS files are larger than MP4, most people prefer converting their MTS files to MP4 format for storage.

MTS format is also extremely rare, which is why you won’t find many players and devices that support this format. However, converter tools, such as WALTR PRO, can be used to convert MTS files to MP4 and make them compatible with a wide range of media players and devices.

What Is the Difference Between MTS and MP4 Format?

MP4 and MTS are both file extensions that are used by various types of video formats. While the two extensions share several similarities, there are also significant differences that one must know. For example, the AVCHD format has a few restrictions pertaining to video codec, audio codec, aspect ratio, frame rate, and resolution.

In comparison, MP4 is a versatile, multi-purpose format that does not come with many restrictions. Suffice to say, most users prefer storing their videos in MP4 format unless they want to watch them through Blu-Ray players, in which case the MTS format would be preferable.

How to Convert MTS to MP4 Using VLC Media Player?

VLC Media Player is not only a media player that supports MTS format but it can also be used to convert MTS files to MP4. However, this desktop tool is relatively less efficient because several users have reported conversion errors and glitches while using VLC Media Player for their conversions.

The tool might provide a sluggish conversion speed that often ends in an application crash or freeze and you may also receive missing or glitchy sound in the output file. Additionally, VLC does not support bulk conversions, 4K quality, and conversions of relatively larger MTS files.

Despite the aforementioned list of drawbacks, many users prefer using VLC because it is free of cost and can also be used to directly play MTS files on Mac.

The following steps will show you how to use VLC Media Players to convert MTS files to MP4:

4.       Browse for the MTS files you wish to convert and then select Open

5.       Select Convert/Save and change the Profile in the convert dialog box settings

7.       Mark the Audio checkbox to activate it in the Audio codec tab

8.       You can choose to change the Bitrate, Encapsulation Tab, Name, Profile, Channels, Codecs, and Sample Rate

9.       Choose the destination of the output file and change the name of the converted file from the browse menu

Can I Use Online Converter Tools to Convert MTS to MP4?

On your hunt for an online MTS to MP4 converter, you will come across various options. For example, we stumbled upon Convertfiles.com, Cloudconvert.com, and Evano.com. While online converter tools do offer the freedom of converting various formats without the need for any installation on your system, they also come with several unavoidable drawbacks.

Don’t worry, you don’t have to wait further to find out why WALTR PRO is the best desktop converter tool that will help you mitigate all problems presented by online converters and even some desktop conversion software.

Reasons WALTR PRO Beats All Other Converters on the Market

Unlike other online and desktop converter tools that present several drawbacks, WALTR PRO is a revolutionary software that makes conversions to Apple and iOS-friendly formats a piece of cake – even for those of us who aren’t tech-savvy.

The desktop tool is super-convenient, easy-to-use, reliable, and fast. It offers an easy drag-and-drop method that’s easy to follow and takes all the hefty work off users’ hands. Its time- and cost-efficiency are incomparable and you can enjoy the following amazing benefits of using WALTR PRO on your Mac or Windows PC:

Now that you know why WALTR PRO has become a commonly used converter tool amongst iOS users, it’s time to learn how to use this cutting-edge tool for MTS to MP4 conversions.

How to Convert MTS Files to MP4 Using WALTR PRO?

Before we explain the three simple steps to convert MTS files to MP4 using WALTR PRO, we’d encourage you to watch the following video explaining all the steps with visuals to make it easier to understand. You can also subscribe to Softorino’s YouTube channel to learn more ways of converting various formats to Apple-friendly formats and using other revolutionary tools developed by the team.

Now, let’s take a look at the three simple steps entailing all the information you need to know about using WALTR PRO to convert MTS files to MP4 with a convenient drag-and-drop mechanism: 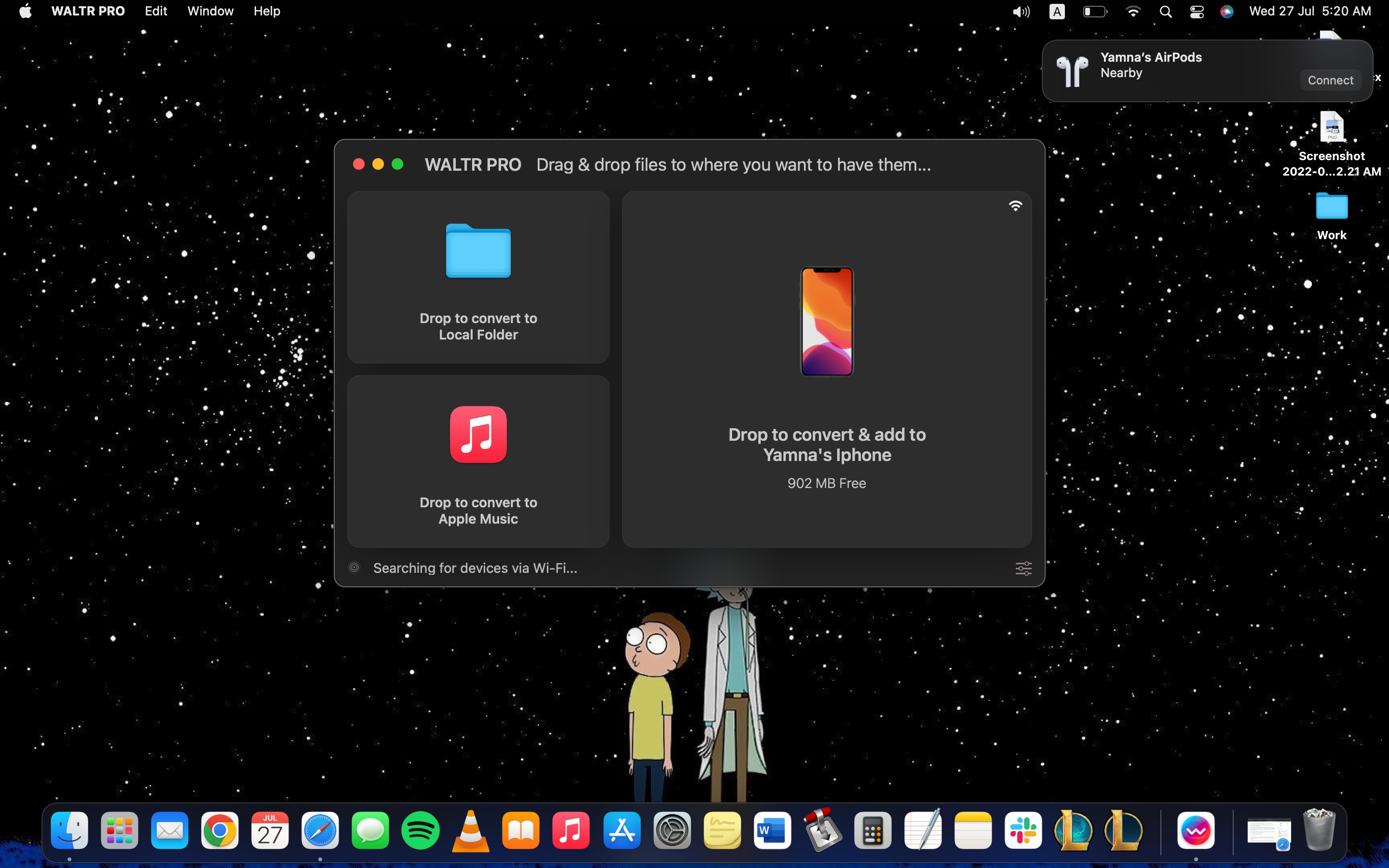 The free version allows you to test out the product without any prior payments or commitments and helps you conclude whether the license will be worth your buck.

Once the trial period has ended and you’re satisfied with the software’s features, you can then invest in the budget-friendly license.

After downloading and installing WALTR PRO on your Windows or Mac, you can watch the initial onboarding video that will give you an intro to using WALTR PRO for your iOS-friendly conversions. Once you’ve watched the video, you can enter your email address when prompted to receive your trial key.

Enter the trial key you receive in your email into the relevant field to activate your trial period and begin using the free version of the desktop tool. 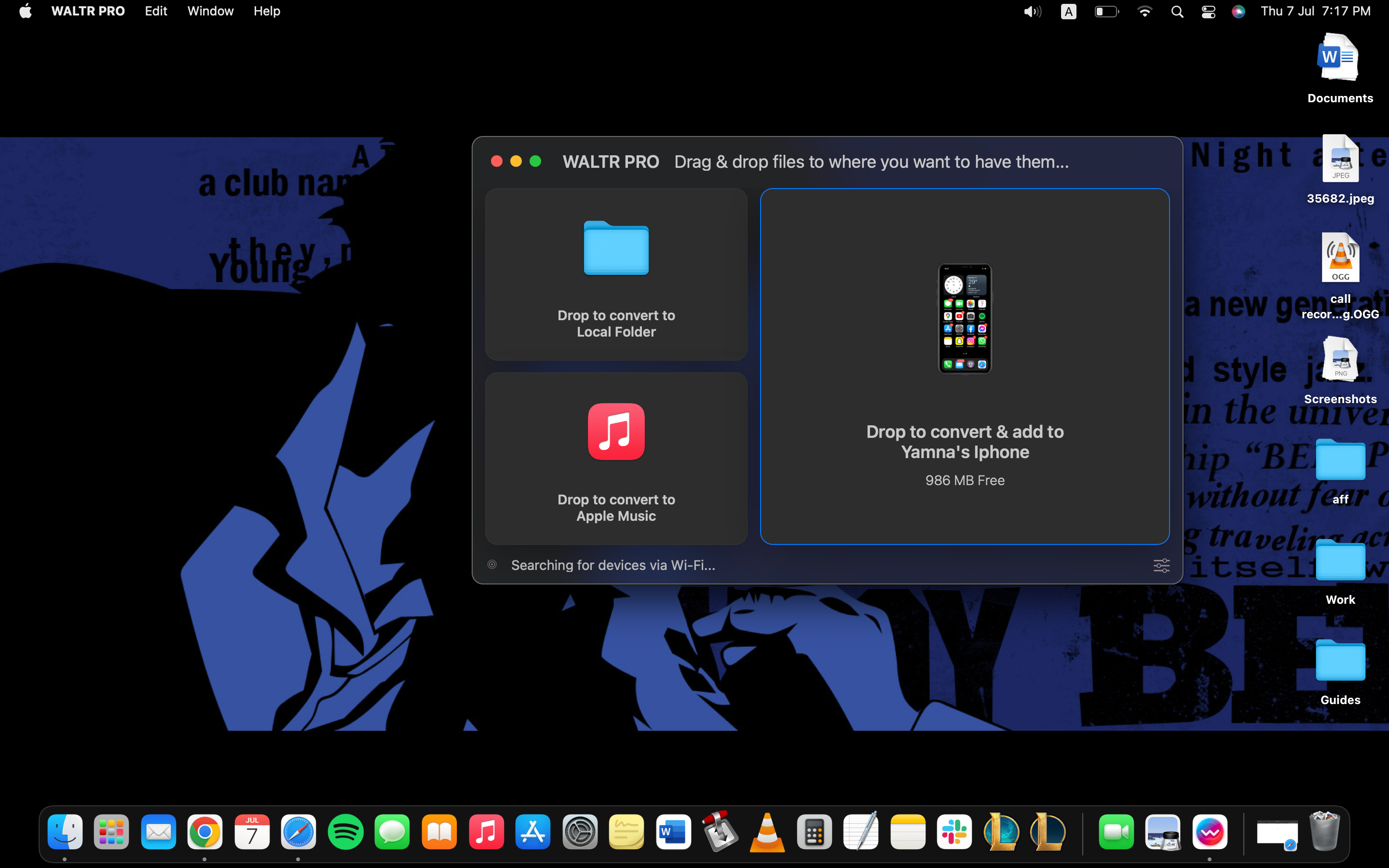 Are you using the converter to transfer files to your Apple device[s]? With WALTR PRO, you can pair your iPhone, iPod, iPad, etc., and directly transfer the converter file to your devices in a single click!

To do this, you will need to connect your iOS device using a USB cable for the first transfer, after which you can pair and transfer files over Wi-Fi – given that both your devices are on the same network.

Once the device has been connected via a USB cable, click on the settings wheel to turn on Wi-Fi connectivity and press the Enable WiFi Connectivity option. 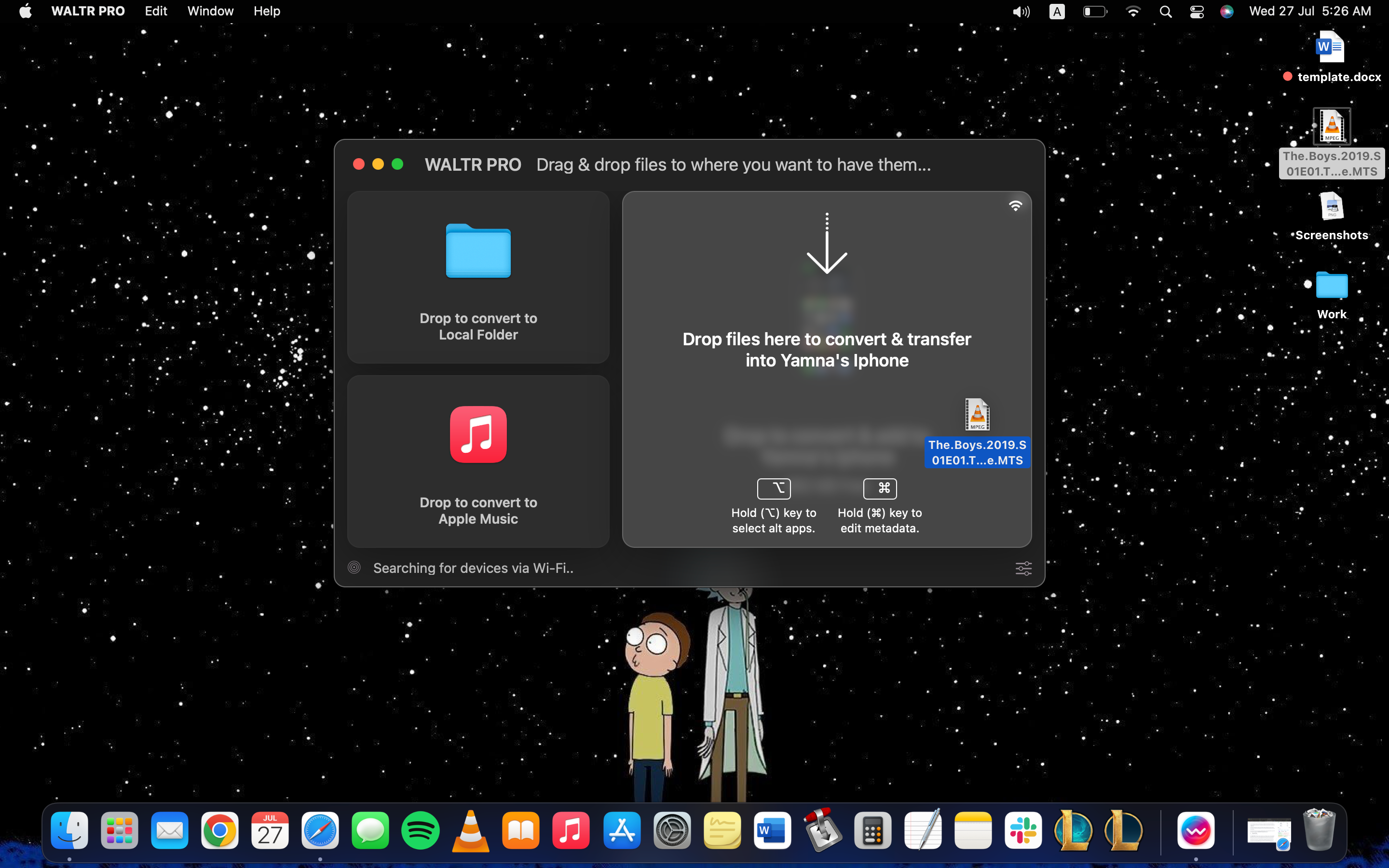 Press Select Files in the app’s window and browse your Windows or Mac to locate the MTS files you want to convert. You can also simply drag and drop the MTS files into the WALTR PRO window, which will automatically prompt the tool to initiate the conversion process.

The app takes a few seconds to a couple of minutes, depending on the file size and you can even convert and transfer multiple MTS files to MP4 format using WALTR PRO. Once the conversion is complete, you can also transfer the files to the paired device[s] with a single click!

How Can I Convert MTS File to MP4 on Mac?

If you want to convert MTS files to MP4 on Mac, you can do so using VLC Media Player, which is compatible with Mac. However, since VLC Media Player is not as efficient, we recommend downloading and installing WALTR PRO by Softorino for such conversions.

How Can I Open an MTS File on Mac?

You can open an MTS file on Mac using VLC Media Player. Since Apple products and devices don’t natively support this format, you will need a third-party app to view an MTS video file on your Mac.

iMovie does not support MTS files because this format is not natively supported by iOS devices and products. To launch an MTS file on iMovie, you will first need to convert it to an iMovie-friendly format, such as MP4.

Can I Convert MTS to MP4 Using Windows Media Player?

Windows Media Player can’t be used to convert MTS files to MP4. Instead, you can use the free trial version of WALTR PRO by Softorino for such conversions.

Previous article How to Convert AIFF to M4A on Mac
Next article How To Stream Video from Mac to Apple TV?