Today, there are 1 billion Apple devices in active use around the world. Which is pretty much 1 Apple device for every 7.125 humans on Earth. But the problem is that there's no obvious way of pushing desired content to these devices and seamlessly enjoy them (as expected from Apple products). And this is where WALTR 2 comes in.

What does WALTR 2 do?

WALTR 2 helps you wirelessly drag-and-drop any Music, Ringtones, Videos, PDF & ePUB files onto your iPhone, iPad or iPod without iTunes. It is the 2nd major version of Softorino's critically-acclaimed original WALTR app

Embed this code to your page:

Connect any device from the entire lineup of Apple iPods starting from the original iPod Classic built in 2001.

Softorino's patented technology that takes any unsupported format and converts it on-the-fly. As a result, all files are adapted for seamless playback and zero quality loss.

Any Wi-Fi enabled iOS devices around you are instantly detected. Push desired files without ever connecting the device with a USB cable.

With UHD video support, you can drop any video file and play it directly from the default Videos.app. This even includes formats, such as MKV & AVI.

With no competitors on the market to do this, any music transferred via WALTR 2 is properly detected in Apple Music.

You no longer have a 30 second limit on ringtones. Copy Full Songs (M4A) to iPhone as M4R ringtones by simply changing the extension.

When pushed into WALTR 2, your books and documents appear in your iBooks app available from the corresponding tab.

After dropping any M4B audiobook into the drop area, it will magically appear in the native iBooks app.

No matter what encoding is used in the file's metadata, WALTR 2 will automatically recognize and re-encode it for proper visibility.

Low-level coding technology built specifically for WALTR 2 allows .SRT & .ASS files to be read natively from the default Videos.app made by Apple.

When connected via cable, avg. transfer speed is 2GB per 1 Minute!

What Pain Does WALTR 2 Solve? a.k.a. Why was WALTR 2 created?

What's The Story Behind The Original WALTR?

In short, Softorino crew spent nearly 2 years finding the simplest way of transferring any music or video onto an iOS device. Back in 2014, after a great deal of hardcore development, they proudly released WALTR to the public. It was the first app capable of directly importing media file formats normally unsupported by iOS by simply dragging n' dropping them into WALTR.

The software transcoded them on the fly and transferred the results to an iOS device for native playback in Music or Videos iOS apps. That is when Softorino decided to transfer a 4K video into an iPhone 6 and it played it smoothly leading to a ton of press coverage including Forbes since they were the first ones to discover that A8 chip was capable of handling 4K video. The original WALTR was a huge success with over 500,000 downloads worldwide in just under 20 months.

2. Connect your Apple device (via cable or Wi-Fi)

3. Drag & Drop your media and it will appear in the iOS native apps.

There's a bunch of ways WALTR 2 can be used. Here is one of the scenarios: whether it is a trip to WWDC or just a quick one-week vacation, Softorino guys are always in a hurry. They pack their luggage, iPhone cables, tickets & docs… And guess what? – Forget to put their favorite content on their iPhone for offline playback on the airplane. That's where WALTR 2 comes in handy and instantly transfers all of their media over the air just before they head to the airport.

We support all iPhones, iPads and legacy iPods!

FYI, WALTR 2 is the only app in the World to do the following:

WALTR 2 for Mac & Windows includes a 24 hours trial. Lifetime license is priced at $39.95 (USD). If eligible, existing users can upgrade for $19.95 directly from the Softorino Online Store.

The app requires MacOS 10.9/Windows 7 or newer. All Apple mobile devices are supported starting from iOS 5 including every single non-iOS iPod ever created. 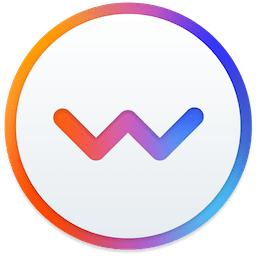 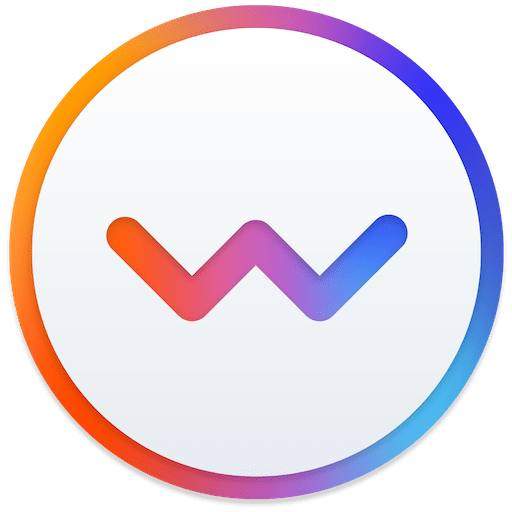 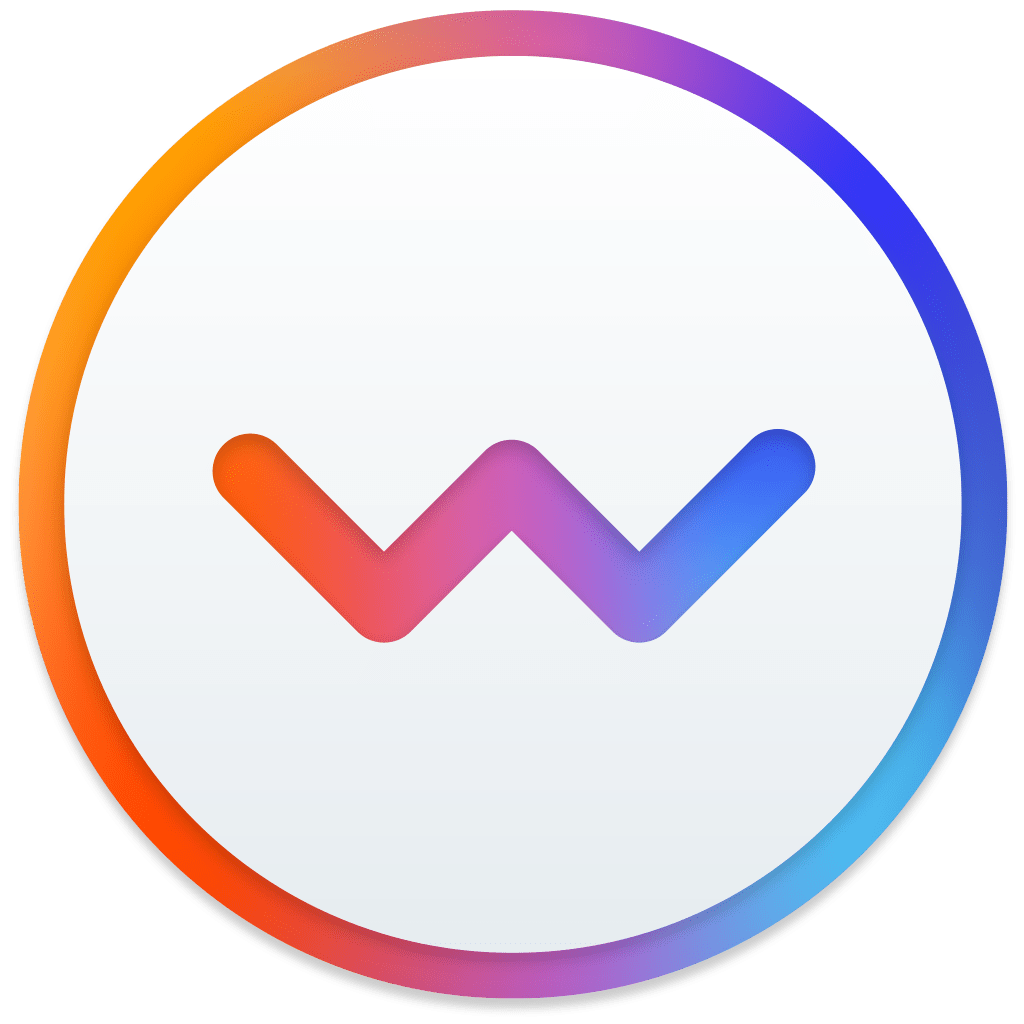 All graphics are retina @2x resolution. Right click (or press and hold if on iOS) to save at full resolution. 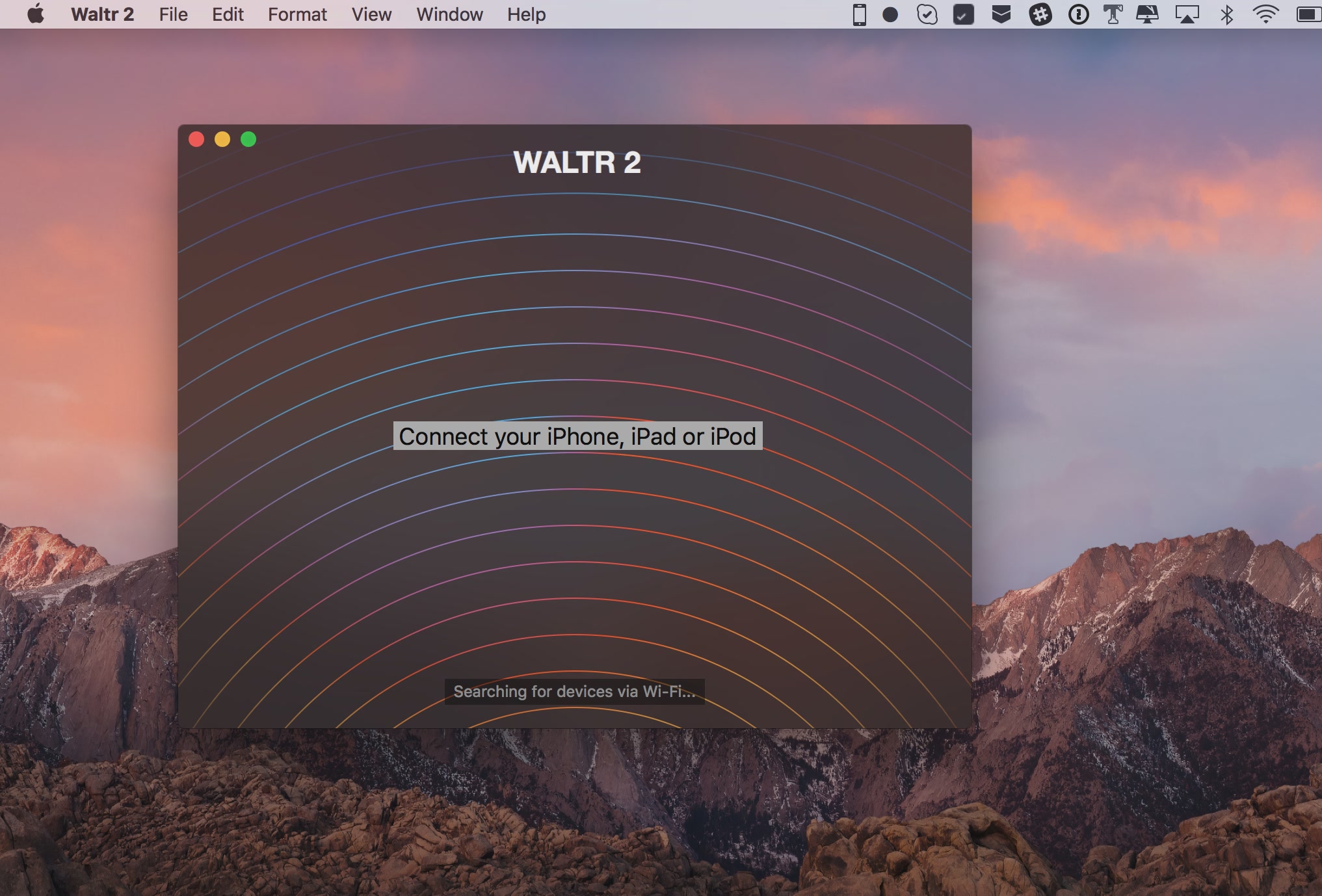 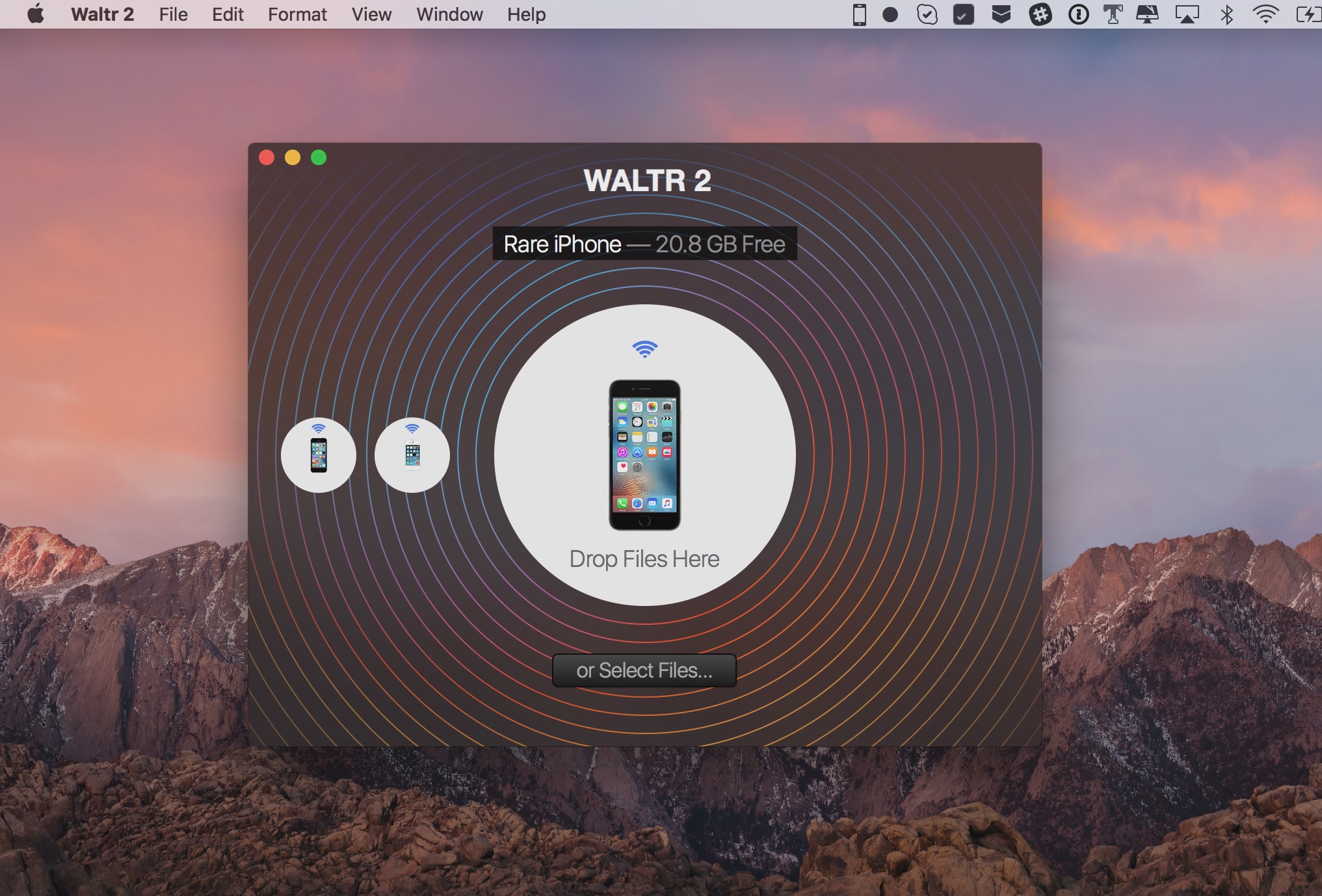 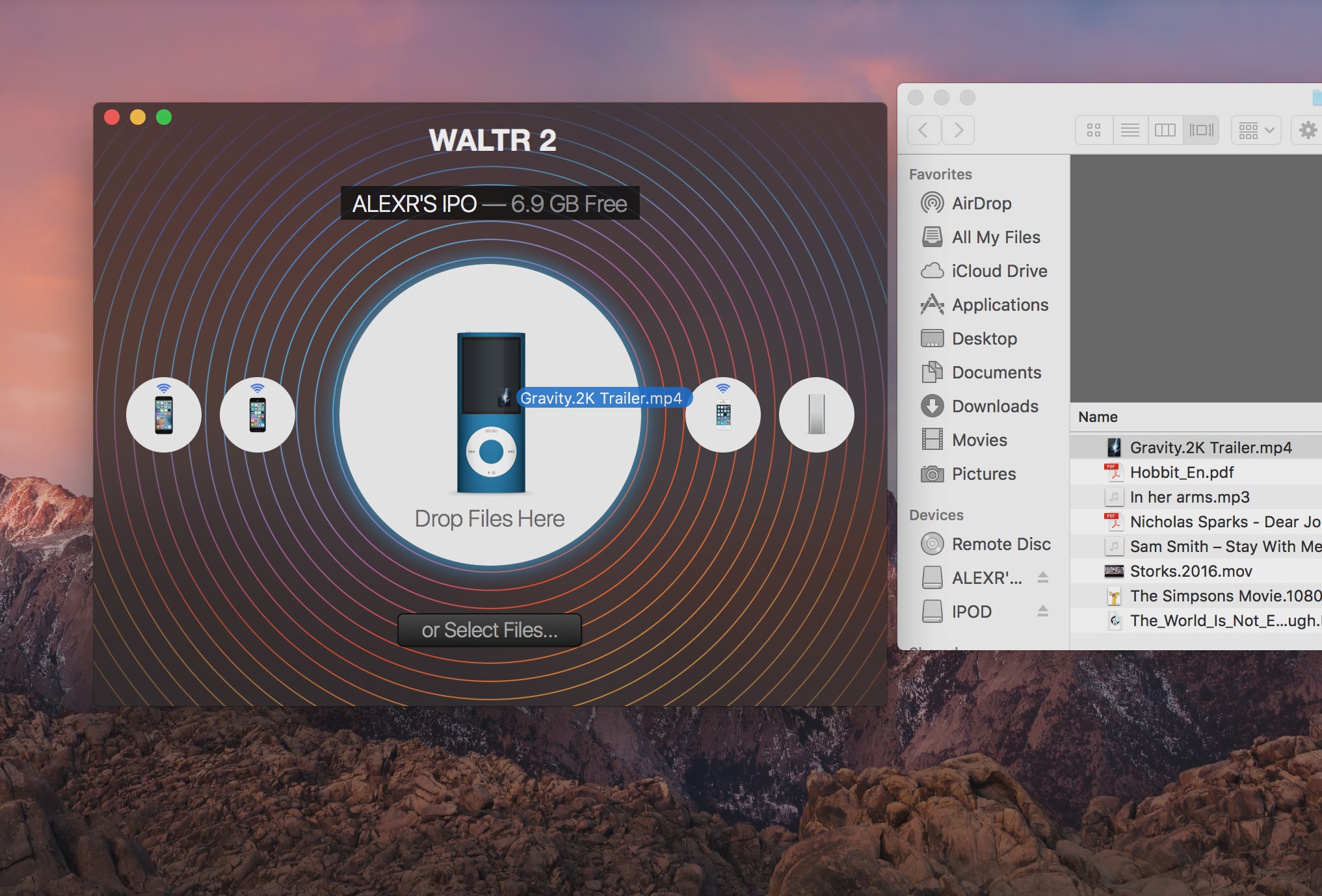 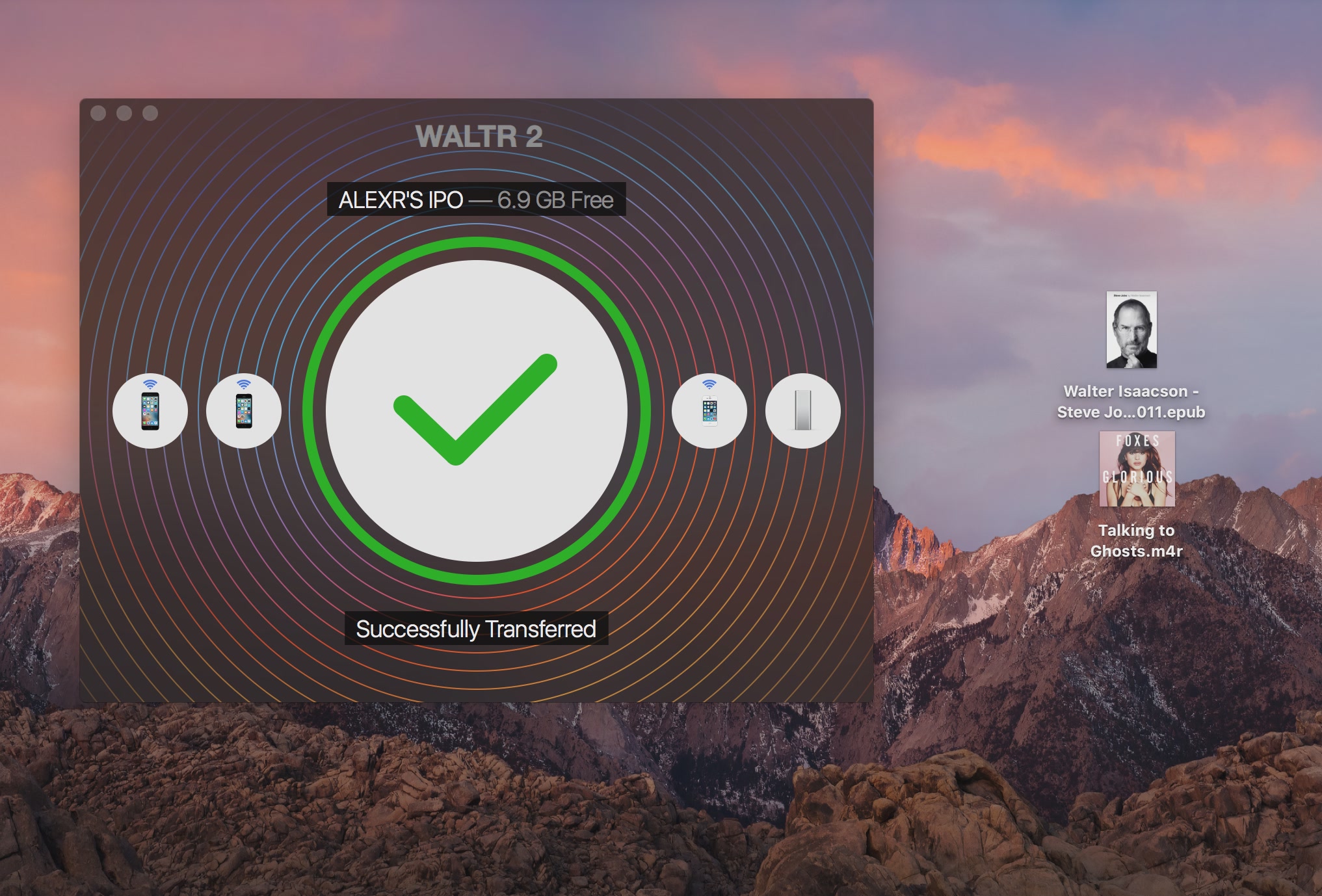 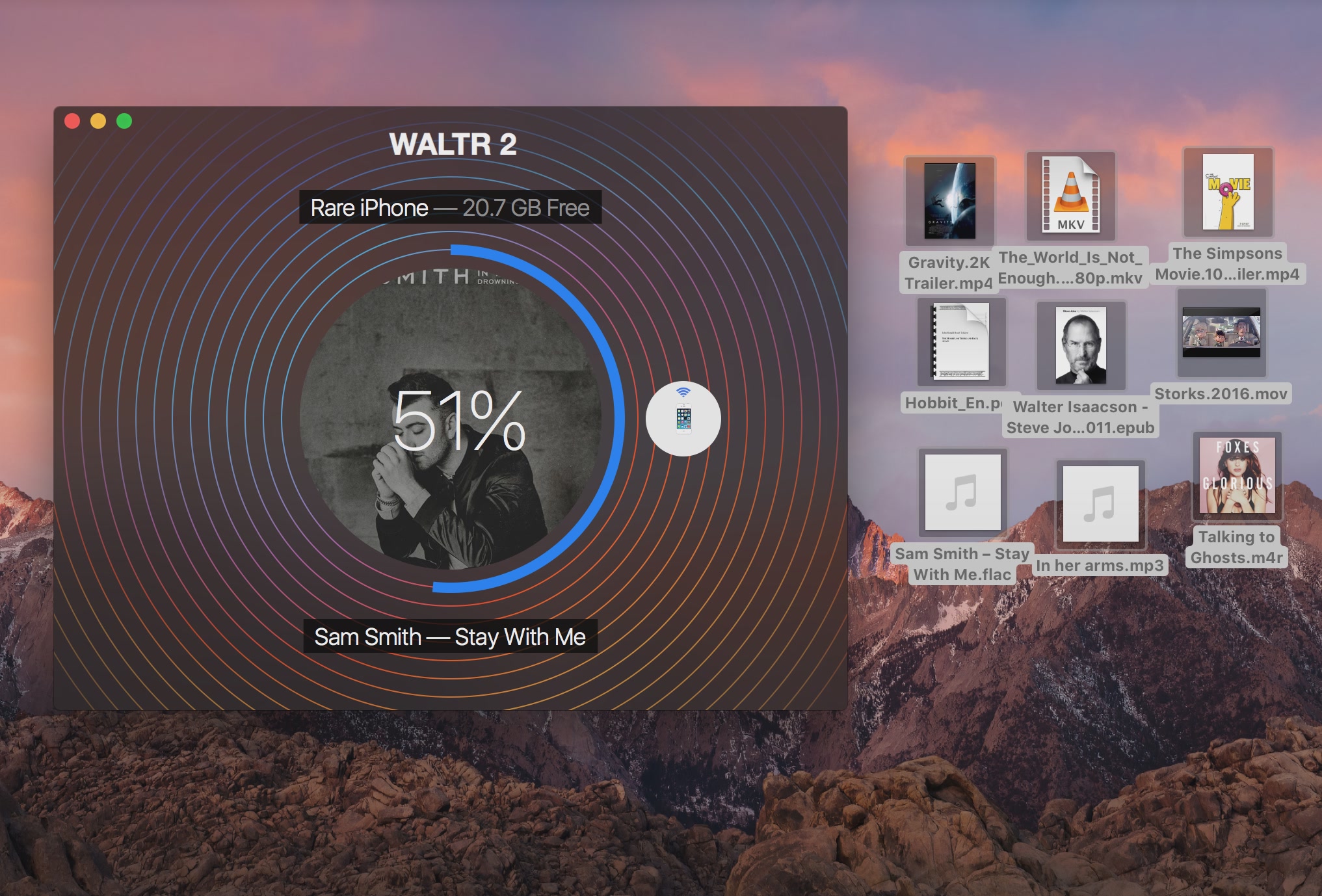 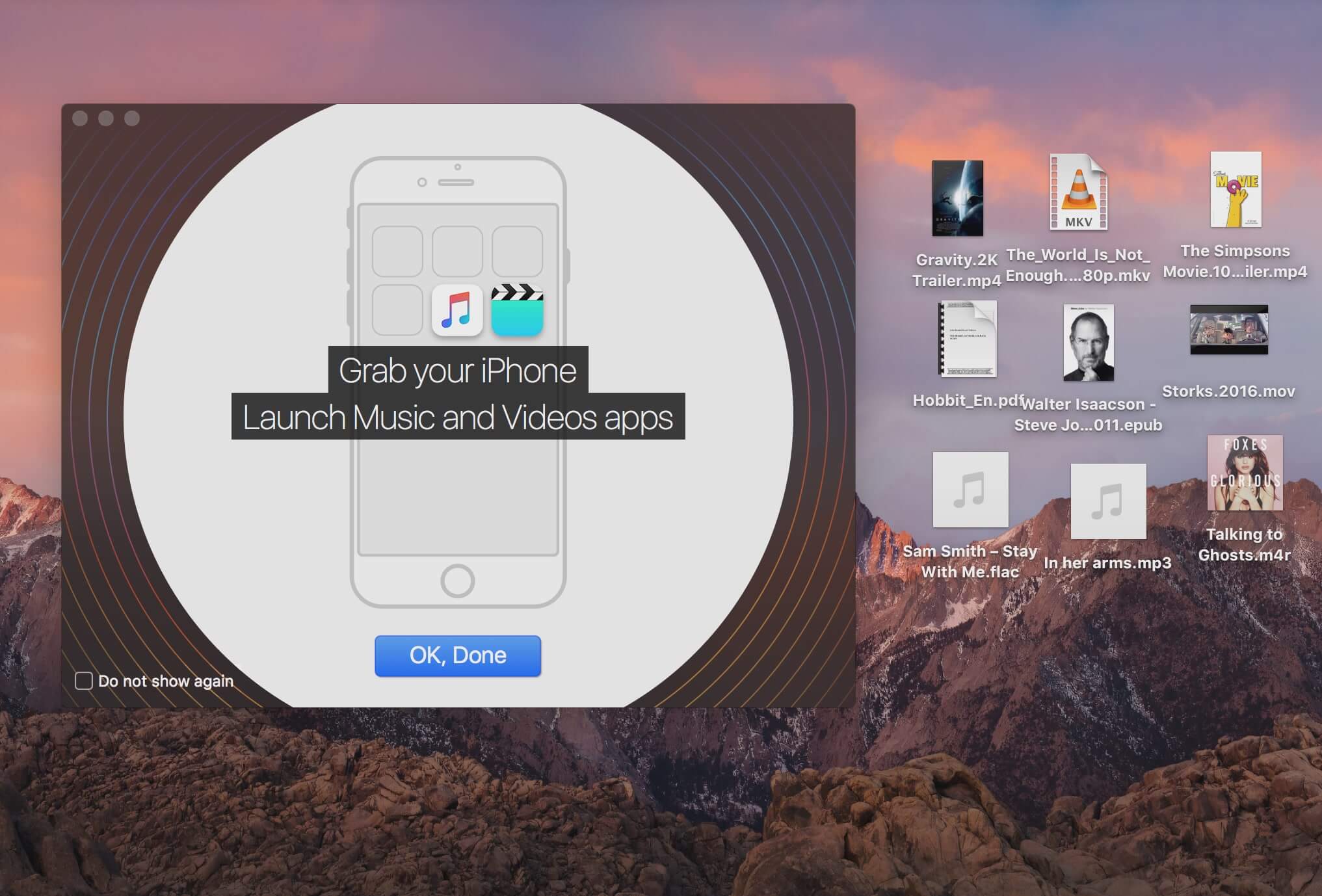 Softorino — is a small & young team of outstanding individuals, who are passionate about bringing simplistic & powerful solutions to Windows and MacOS. Famous for developing WALTR, iBetterCharge, iRingg and Softorino YouTube Converter app.

…Using data-learning algorithm (we called it 6Sense), iRingg will suggest new tracks that you can easily turn into ringtones. It's all based on your music taste.