MKV to iPad on Mac and Windows In Just 3 Steps!

BTW – For those who are still wondering “What’s MKV?”

The Matroska (aka MKV) is an open standard free container format, a file format that could hold an infinite amount of subtitle tracks, or video, sound, picture in a single file.

That is the why there’s such a demand & that’s why the internet is filled with MKV formatted files. Playing 1080p, 720p, MKV on your retina iPad without losing the greatest high definition video quality. The only problem is that you’re ought to use a third party application if you would like to transfer MKV HD files on iPad.о

What you will need:

Video Guide: How to Convert MKV to iPad

This quick video guide shows how to convert movies to mp4 on Mac and Windows for iPad and iPhone. So make sure to watch it!

How to Transfer MKV to iPad on Mac & Windows In Only 3 Steps (without iTunes):

The developers over at Softorino Inc. have recently released WALTR PRO. A smart tool that lets you transfer any file in ANY format (even FLAC, MKV, MOV, AVI, M4R) straight into your iPad. Without using the clumsy and huge iTunes. 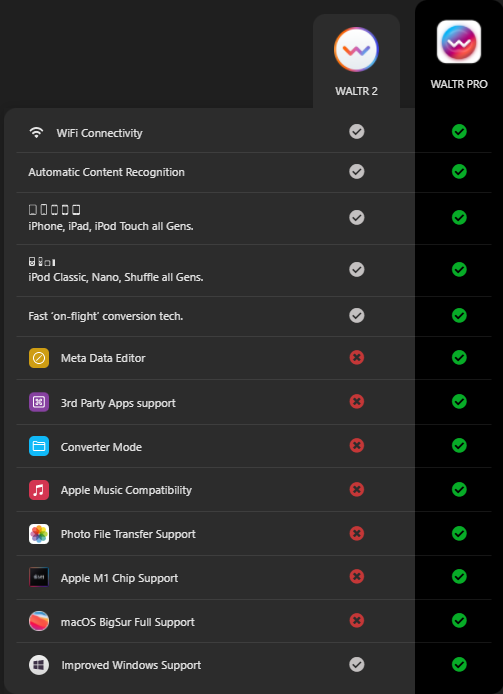 According to many reviews, WALTR doesn’t have a lot of needless bells and whistles; it just performs as promised.огf

Plus it’s very user-friendly & it runs on their very own ‘SilentCnvrt’ Technology with support for numerous formats – which means you will get the outcome video with no loss of quality and a shockingly quick way.

Step 1. Download WALTR PRO and install it on your Mac or PC.

No worries, it’s a Free Download. You will get 1 free day trial to fully test WALTR PRO.

Step 2. Connect your iPad (or iPhone)

At first, connect the iPad to your Mac / PC via USB when prompt.

There’s also an option to transfer MKV to iPad via wireless networks. Try this by clicking on the gear in the bottom of the app and selecting ‘Enable WiFi Connectivity’. 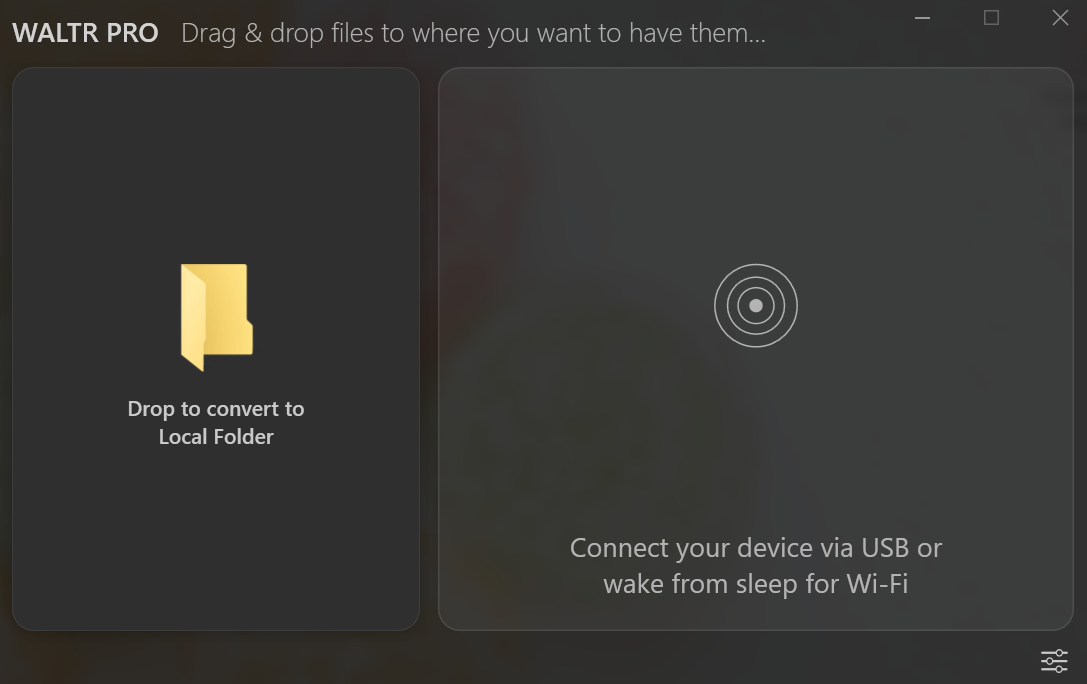 You simply have to drag and drop the MKV video files into the ‘Drop ANY Files Here’ window. It will begin transferring automatically. 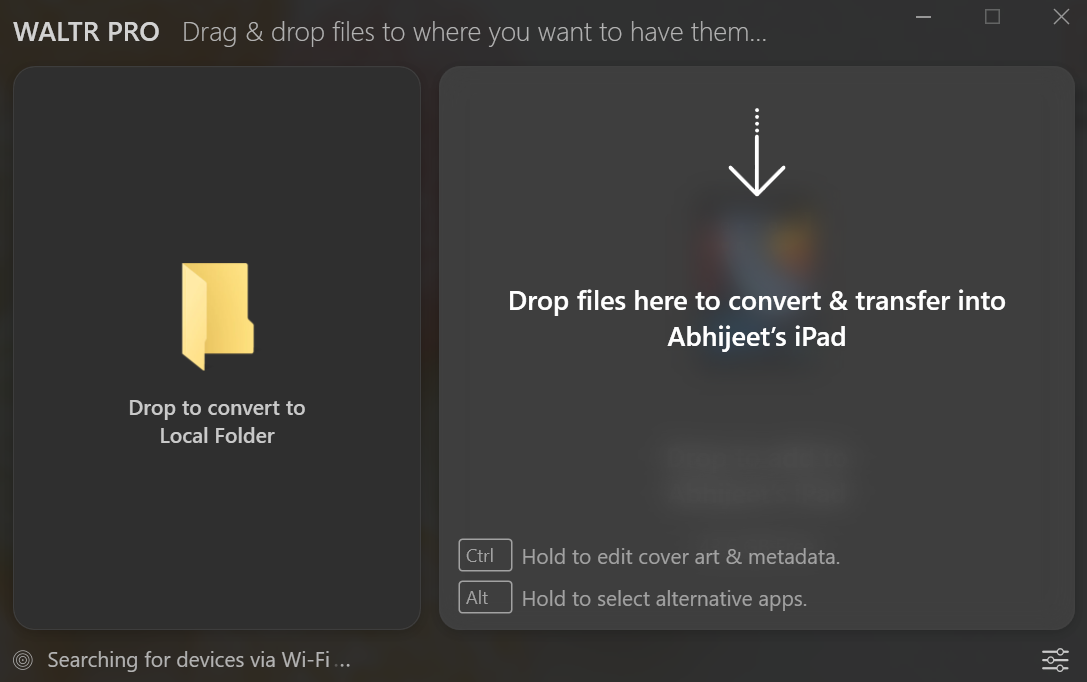 Drag a file and drop it into WALTR. It will take a couple of minutes to download.

That’s it: just stay patient until the process is done. Finally – access the files from your native Video app on the iPad. mmjbpjnh

Moreover, WALTR PRO has a smart built-in technology that recognizes any movie or video and fills in all the metadata, including movie description, actors info, and artwork! So once you transferred MKV to iPad, head straight to your default videos app to check this out! 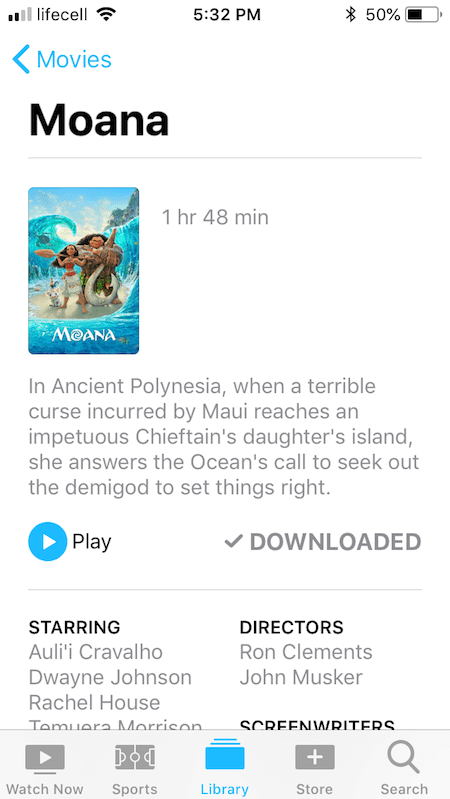 Sooo, what’s that? A cartoon! Right in the default Videos/TV app

And that’s it. Congratulations!

Your MKV is ready for natural playback on the iPad. In the highest quality possible.

I’m sure that now you understand why WALTR is presented as the best solution, which can quickly provide you with the very best way to put MKV HD video formats to your iPad. But WALTR also includes a lot more awesome features, such as:

Can we enjoy high-quality MKV films on iPad? Which formats does iPad support for videos? – These are very popular questions nowadays since every year, iPads are getting better than better with higher screen resolution.

And in this article, we finally unveiled the most straight forward way to convert MKV to iPad or iPhone on Mac and Windows.

In light of the popularity of the video format where the Android can read even Vorbis and VP8 streams. Yet, as a result of Apple’s regular policy, the iPad will not play with an MKV video without an iPad video converter or an additional player program.

Thanks to WALTR you can put MKV to iPad on Mac / Windows without using any 3rd party programs in a hassle-free procedure. WALTR also accepts all the popular video formats. For the time being, it’s the easiest tool to convert movie to mp4 for iPad or iPhone.

You just drag the file and drop it. The files automatically appear in your iOS native TV app. In fact, it’s always going to be available in the best quality possible and in the native iOS video app. You can also take advantage of the big iPhone screen and use WALTR to transfer MKV to iPad Pro or iPhone on Mac / Windows. It will be as easy, just plug in your device, drop your file and wait until it’s done.

How to transfer Mkv files to iPad?

MKV file format could hold an infinite amount of subtitles tracks, video, sound, pictures in a single file, and that is why it is the most demanded format on the internet. If you want to transfer MKV files to your iPad, check the following steps:

How to put Mkv files on iPad?

To put Mkv files on an iPad, you need to install a transfer tool like WALTR PRO on your computer. After you have installed the software, you need to establish a connection between your iPad and computer. Once you are all set up, you need to drag and drop the Mkv files into the WALTR PRO dropzone. Now, leave the rest of the job to WALTR as it will automatically transfer the Mkv files to iPad without any buttons required. After the process is finished, visit the video app on iPad to play the Mkv files.

How to copy Mkv files to iPad?

Softorino inc. recently launched the WALTR PRO application that allows the users to transfer any file in any format to iPad without the need for iTunes. All users have to do in order to copy the Mkv files to iPad is drag and drop the files into the dropzone of WALTR PRO, and then WALTR does the rest by automatically transferring the Mkv file to the default video app on iPad.