How to Put Music on iPod Shuffle, Nano, Mini without iTunes

Are you wondering how to put music on iPod shuffle without iTunes 2020? This guide is here to help - so read on!

Regardless of the advancements that iPhones have made, iPods haven't lost their charm. In fact, there is something very nostalgic and music-geeky about it.

It doesn't matter where you are, you can always playback any song with just an iPod in the pocket of your jeans. You don't need an Internet connection too, because this guide will show you how to add music to an iPod without iTunes and listen to it offline.

How to Put Music on iPod Shuffle & Nano without iTunes

Apple is fantastic. Their products are pioneers. But, when it comes to transferring files, especially working with devices of the older generation, there are plenty of drawbacks. iTunes is simply not reliable.

So, how do you put music on iPod without iTunes? Simple. You get yourself WALTR 2, the fastest, simplest, and best iTunes alternative out there, and believe it or not, you are halfway done.

WALTR 2 is an answer to the question of restoring iPod classic without iTunes as well, as it can transfer any format of files to any type of iOS device, including iPod, without iTunes. It's has a straightforward drag and drop mechanism of adding music to iPod that so many other apps should have.

In addition, WALTR 2 is one of the reasons why iPod and Windows can be in the same conversation. WALTR 2 is fully compatible with Windows and works like a charm.

Do you want proof of simplicity? Watch this video below to see just how stupidly easy the process of loading music to iPod has become!

iPod Shuffle is the first iPod without any display. It's the best solution for working out in the gym or running in the park. It was first delivered in 2005 and it could playback the music in chaotic order. It's small, it has good storage and decent battery life. And nothing distracts you from music since there's no display.

To load MP3 to iPod here is what you will need:

WALTR 2 is free to download, so grab it right now and test it out, no strings attached.

After you have installed WALTR 2, which takes about 10 seconds, connect your iPod to a computer using FireWire or USB cords.

WALTR 2 works wirelessly, but with older devices, such as iPods, the USB cable is still needed. 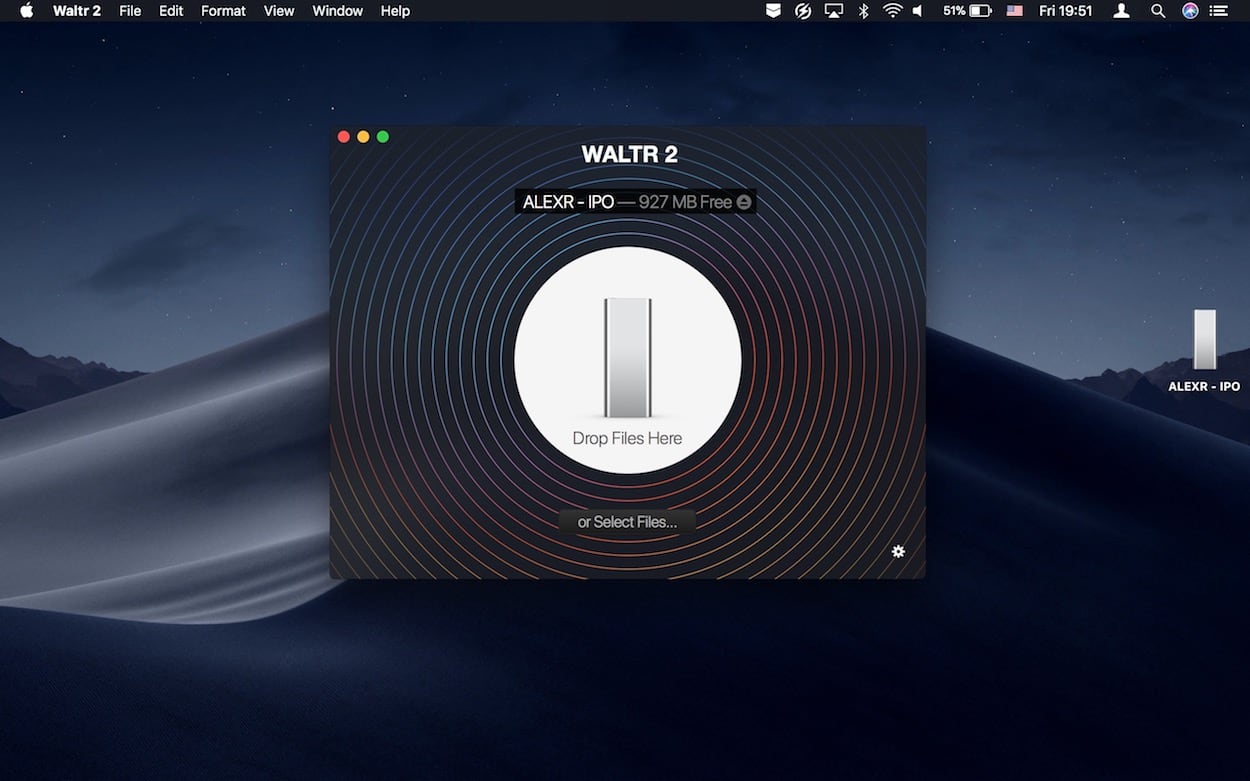 Step 2. Drop your music into the drop-zone

There are no size limits. You can push as many files as you wish. To prove how fast it works, we'll put 2,5GB of FLAC music to iPod Shuffle without iTunes.

FYI, the FLAC file container is not compatible with an iPod, WALTR converts it on the fly for native iPod playback. Additionally, you can transfer FLAC on iPhone if needed.

WALTR 2 got a completely revamped design. Besides, having a new look, it also shows the current progress. BTW, As soon as you throw the music into WALTR, the app will grab the artwork from the Internet, if available.

That's precisely why WALTR 2 is the best answer to the question of how to add music to iPod without iTunes. It makes the process enjoyable. 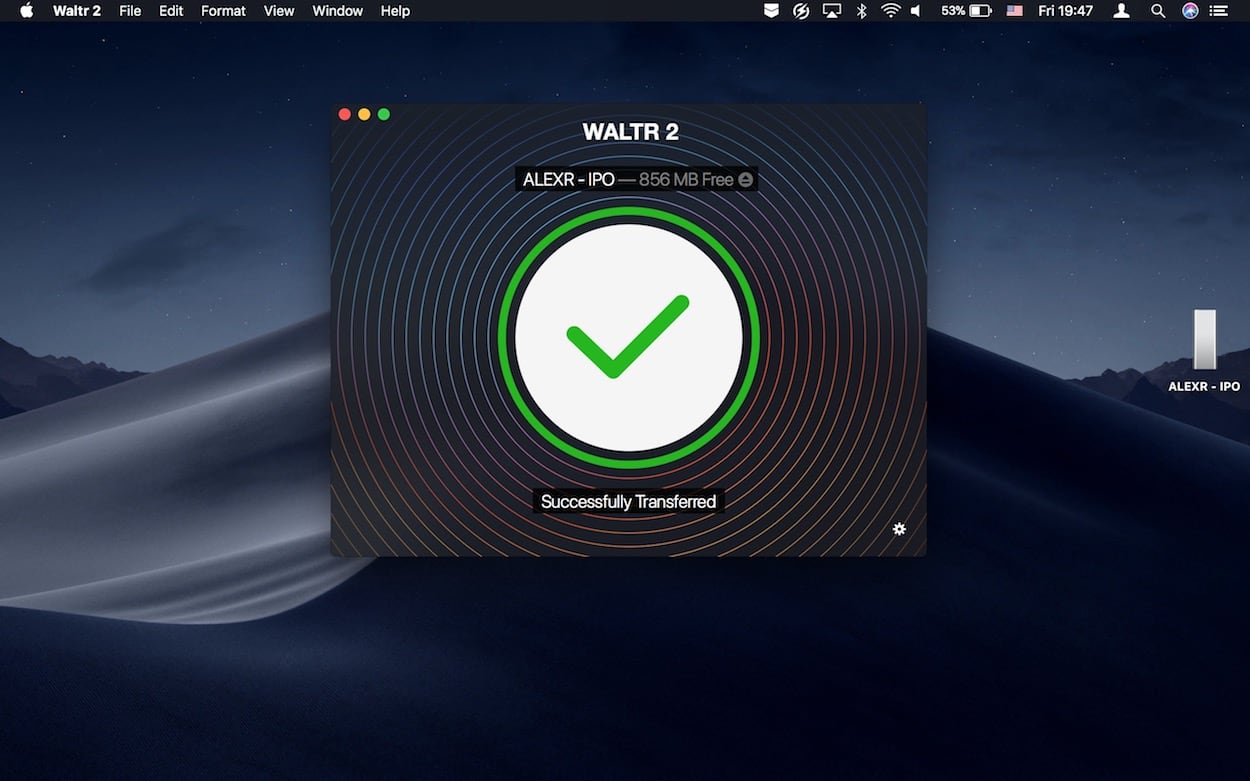 Some essential features that WALTR 2 holds:

How to Add Music to iPod

Now that we are well-versed on how to add music to iPod, let's explore how we can build a truly diverse music library for free.

It is no secret that YouTube has the greatest pool of most authentic content. From concert versions of tracks to acoustic covers, YouTube offers what most music platforms don't.

The perfect tool to do the job is non-other than Softorino YouTube Convert 2, which takes seconds to get a song from YouTube and load it straight to your iPod. Yes, it's fully compatible with iPods. 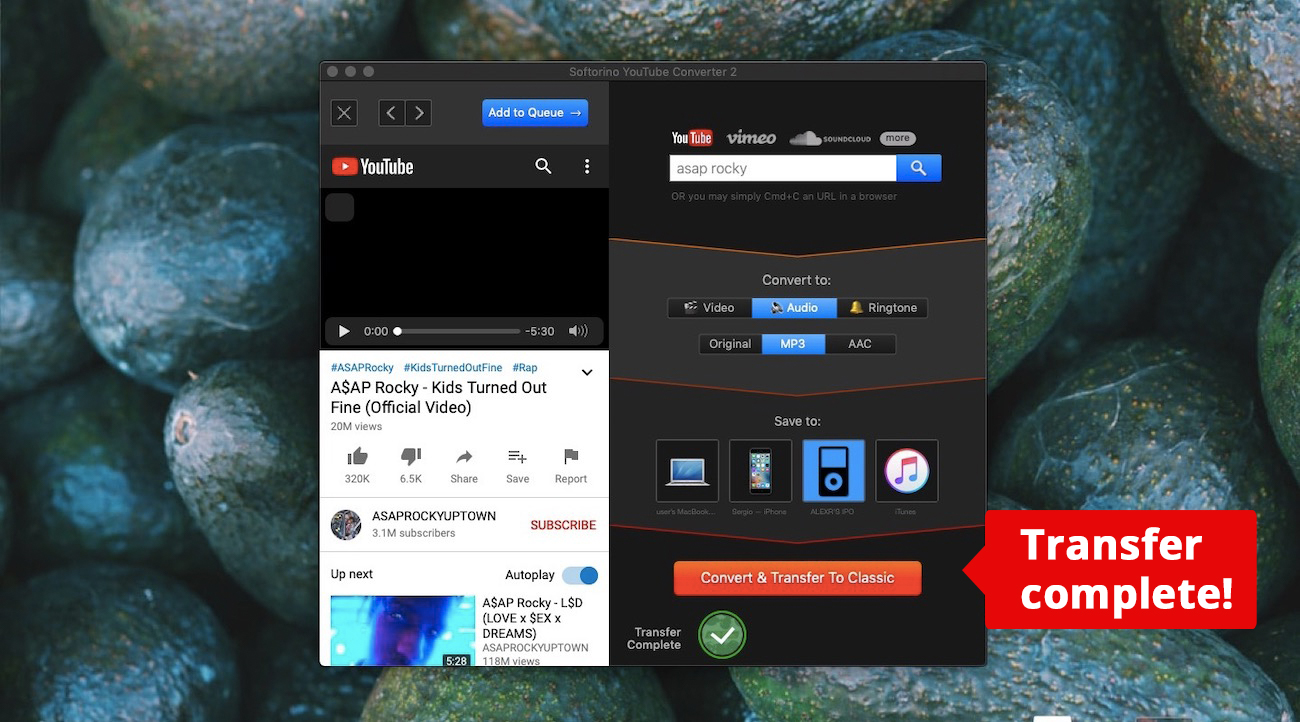 We made an entire article on our blog on how to download music from YouTube to iPod. Check it out!

How to Put Lossless Music on your iPod

Your ultra-portable iPod accepts very few music formats out of the whole ocean of them. Sure, it can playback MP3, which is the most spread format worldwide, and perhaps this is enough for most people, but HD quality music encoded in FLAC is a non-starter.

Nevertheless, there are more and more music fans who would like to stick to lossless music. Moreover, you can transfer any music to your iPod and iPhone by following this guide — how to put MP3 on iPhone.

WALTR 2, just like its predecessor – original WALTR supports all those formats. So, when you copy music to iPod without iTunes using WALTR 2, there is no need to worry about wasting time on converting files and there's no loss of quality.

WALTR swaps the container with the compatible one on the fly. Simply drop it into WALTR and that's it.

Your FLAC music will be converted into ALAC without any quality loss. The difference in sound between lossy and lossless formats is quite impressive. Here's a little table we've prepared: 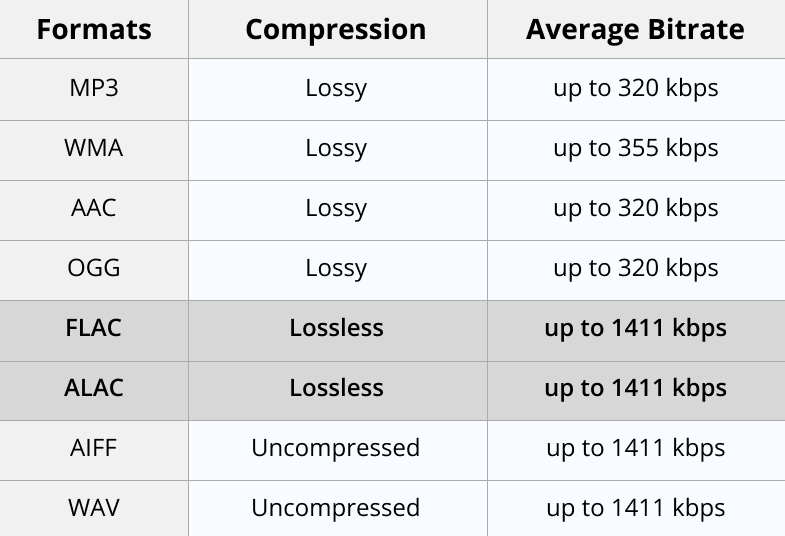 iPod was the first Apple product on the market of mobile gadgets. During 15 years Apple released 5 models of the device and more than 20 generations. There have been more than 300 million devices sold worldwide! The whole army of iPod lovers!

Turns out, that many people still prefer to own their music. Music streaming services drain your battery blazingly fast, meanwhile, the device, like, say, iPod Nano, stays alive forever.

And if you have a vast music collection on your own, you don't really need a subscription service (that's no good in the places where the signal is wonky anyway).

Now, WALTR 2, a highly acclaimed application adds up a new feature – support of every iPod ever released. Apple discontinued these devices, but they are too good to go into oblivion just now.

So, with the knowledge on how you can put music on iPod Shuffle, Nano, Mini, Classic without iTunes, go and build the music library of your dream.

iPods are lightweight, they have an extraordinary battery and they hold thousands and thousands of songs. And there's a smashingly cool way to put music on iPod Shuffle, Nano without iTunes.

Moreover, you can even listen to FLAC on your iPhone! So go ahead and try it out right now!