How to Transfer Videos from Computer to iPhone without iTunes

To transfer Videos from Computer to iPhone, you don’t have to use iTunes anymore. Here's how you can put any movie on your iPhone bypassing iTunes.

The go-to app to transfer videos from computer to iPhone is iTunes.

However, this application accepts far not every audio or video file. And if this program for some unknown reason doesn’t recognize the file – the chosen song or movie won’t be synced to your iPhone. Don’t ask why. Just ‘because’.

In the short video guide below you can see how to add any movie to your iOS device completely skipping iTunes.

Well, if iTunes doesn’t work for you we suggest trying WALTR. Why?

Because it’s simply better. This is a little app that pushes movies/videos to iPhone/iPad without a fuss. It accepts all of the video formats, even those that Apple gadgets can’t play back by default.

How to Transfer Videos from Computer to iPhone

If you have doubts if this solution is really that good – you can check out a CNet article saying that skepticism quickly disappears once you try WALTR. And you can even convert AVI to iPad with it.

Besides videos, WALTR 2 also supports music, ringtones, PDF and ePub files. Btw, ringtone transfer is one of the most favorite features of the users, since to set up a ringtone you just need to drag M4R file into WALTR 2.

Now, follow the guide below to transfer videos from computer to iPhone in just seconds! Moreover, you can even sync iPhone over Wi-Fi.

To get the installation file – hit the green button right below. Don’t worry – the download is free. WALTR 2 works on both Mac OS and Windows.

While installing, WALTR will ask you to insert your email address for free 14-day trial period activation. After your email address is entered & validated, WALTR 2 is ready to transfer videos from computer to iPhone in the shortest time possible. 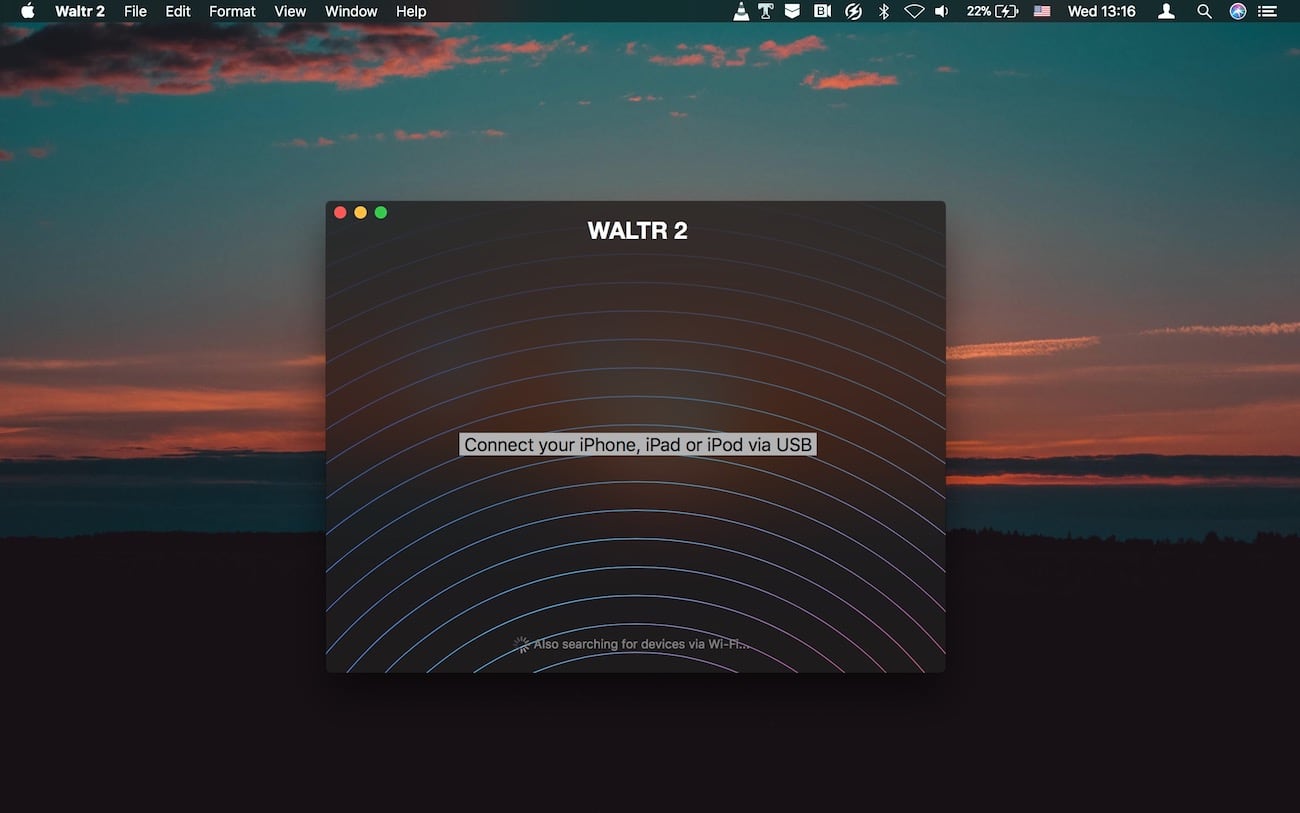 Step 2. Connect your iPhone to your Computer.

You’ll need to plug it in just once. In the little settings wheel below, select ‘Enable WIFI Connectivity’ and WALTR 2 will see your device even if it’s not connected. 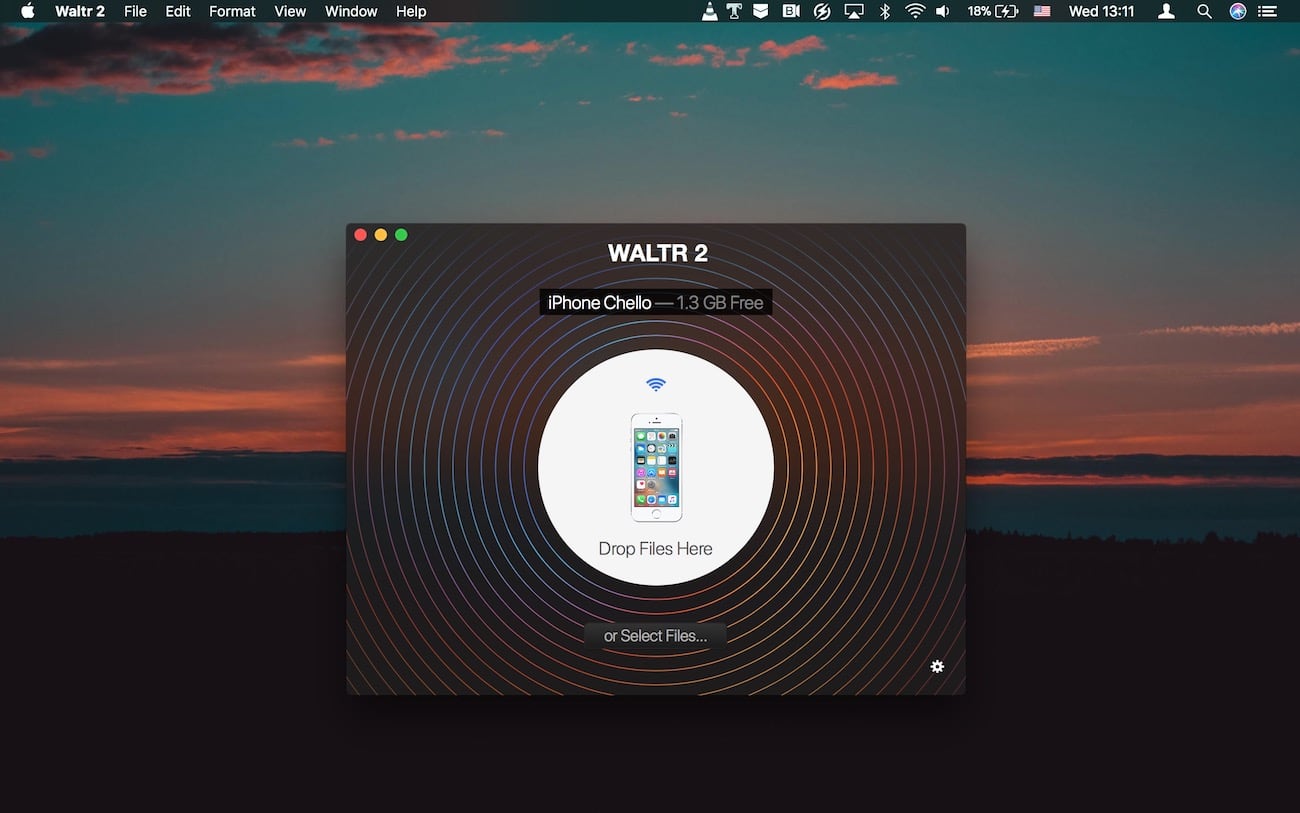 After this, the whole process of transferring videos from computer to iPhone becomes as simple as walking.

Step 3. Drop your video file to the WALTR window.

The UI design is nothing but intuitive. WALTR simply tells you to push your files into the drop zone and there are no additional tabs or buttons. It’s so simple – even a kid could do it without much explanation!

Go to your default videos app on your iPhone and play your file! Instead of a hair-pulling & cumbersome procedure of iTunes syncing, you just drag your file into WALTR 2 and it’s there!

And all the transferred files will be available from the default TV.app.

You are not required to install any other third-party software on your device! And the best part is that you can even sync iPhone over Wi-Fi. 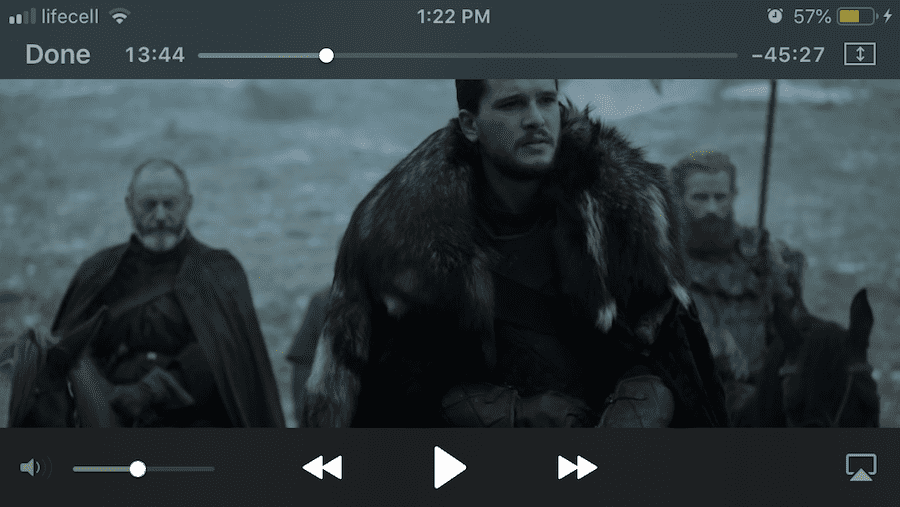 In fact, WALTR is out there almost 2 years and for this time it became a classic app, that’s recommended to every iPhone user.

But all that’s we just told you is the tip of the iceberg, since you can do with WALTR 2 so much more:

WALTR 2 is designed by a crew of indie developers from Softorino.

Initially, they were just a couple of friends who loved Apple devices. But as a whole lot of Apple users worldwide, they were sure that file management and the synchronization between Apple devices should be soo much easier!!

That’s when they came up with the ultimate solution – WALTR, a smart tool, that lets you transfer videos from computer to iPhone without iTunes, jailbreak or any other third-party app on your iPhone.

WALTR does exactly what it’s supposed to do. It takes the suck out of file sharing & converting, so that you can play back any music or any video file without issues on your beloved iPhone.

Once you have it, you get the freedom to watch any videos you like regardless of the file format. The converting becomes a piece of cake.

A LifeHack: once you have a movie on your iPhone you can airplay it to your Apple TV and fully enjoy it on the big screen!

WALTR is a very well thought-out product, you can transfer videos from computer to iPhone just by dragging your file into that app and the next second – here it is all ready to be played back!

BTW, whenever you’ve got issues with WALTR (the chances are low, but who knows?) we have 24/7 technical support. So be sure to drop an email to our support team and you will always get a prompt and timely response!