360° VR Videos are cool and you know it! If you need to download 360° videos to your computer or iPhone - this guide will help!

And that you can save 360° videos from Facebook and 60 more sources?

Or even upload it to PlayStation VR afterward?

VR revolution is about to start. We recently witnessed the first steps towards the VR future: Oculus Rift, HTC Vive and finally PlayStation VR are all here. It’s obvious now that Virtual Reality is an absolute game changer.

The technology like Virtual Reality exists since the 90s, but it’s today when you finally can feel it. And yet all the VR technologies we have now are still in their early, pre-historic stage.

5 years from now we will look at this as something from the stone age, a pure relic from a sci-fi museum.

360° videos is nothing new for YouTube. As a matter of fact, there’s even the official YouTube channel dedicated solely to 360° videos and VR. 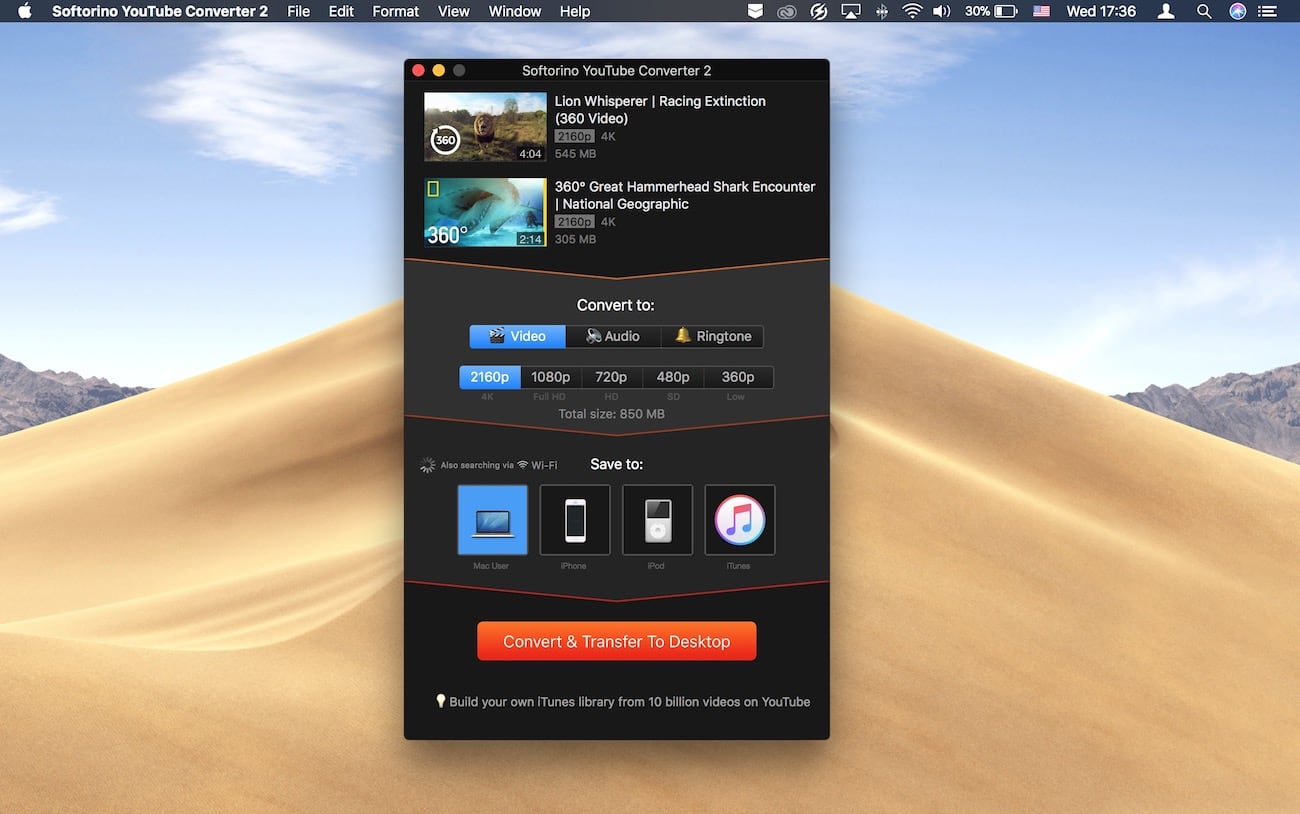 Softorino YouTube Converter is an all-in-1 app that downloads any video, music from 60+ sources. It works on Mac and Windows, so go ahead and download it.

SYC 2 pulls the video’s URL from clipboard. It will then automatically appear in the downloading list.

The good news is you have just downloaded crystal clear and breathtaking 360° video on your computer. You are a hero. Your award is a beautiful high-tech video that you can enjoy.

As a solution, we recommend trying Codeplex VR Player. This is a free player.

After you installed it – open it up. It will tell you to drop your just downloaded 360° video into the player. The playback starts immediately.

Nice! You can go tell your friends about how smart and cool you’re – or you can also upload it to PlayStation VR (and dive into the VR reality full-speed).

BONUS: How to Upload 360° movies to PlayStation VR

Your PlayStation VR still has a number of restrictions. It can trick your mind that you are somewhere exploring Mars, but the room for improvement is huge. Yet it’s nothing like everything that we experienced before.

Therefore, don’t miss out. You now can try YouTube VR videos in their full force.

Just below you will find our guide on how to download 360° Videos from YouTube. With a little effort a couple of minutes – it’s quite easy to do.

There are limits on the video you can upload to PlayStation 4. It should be an MP4 file with high profile level 4,2, 1080p picture resolution encoded in h.264 codec. 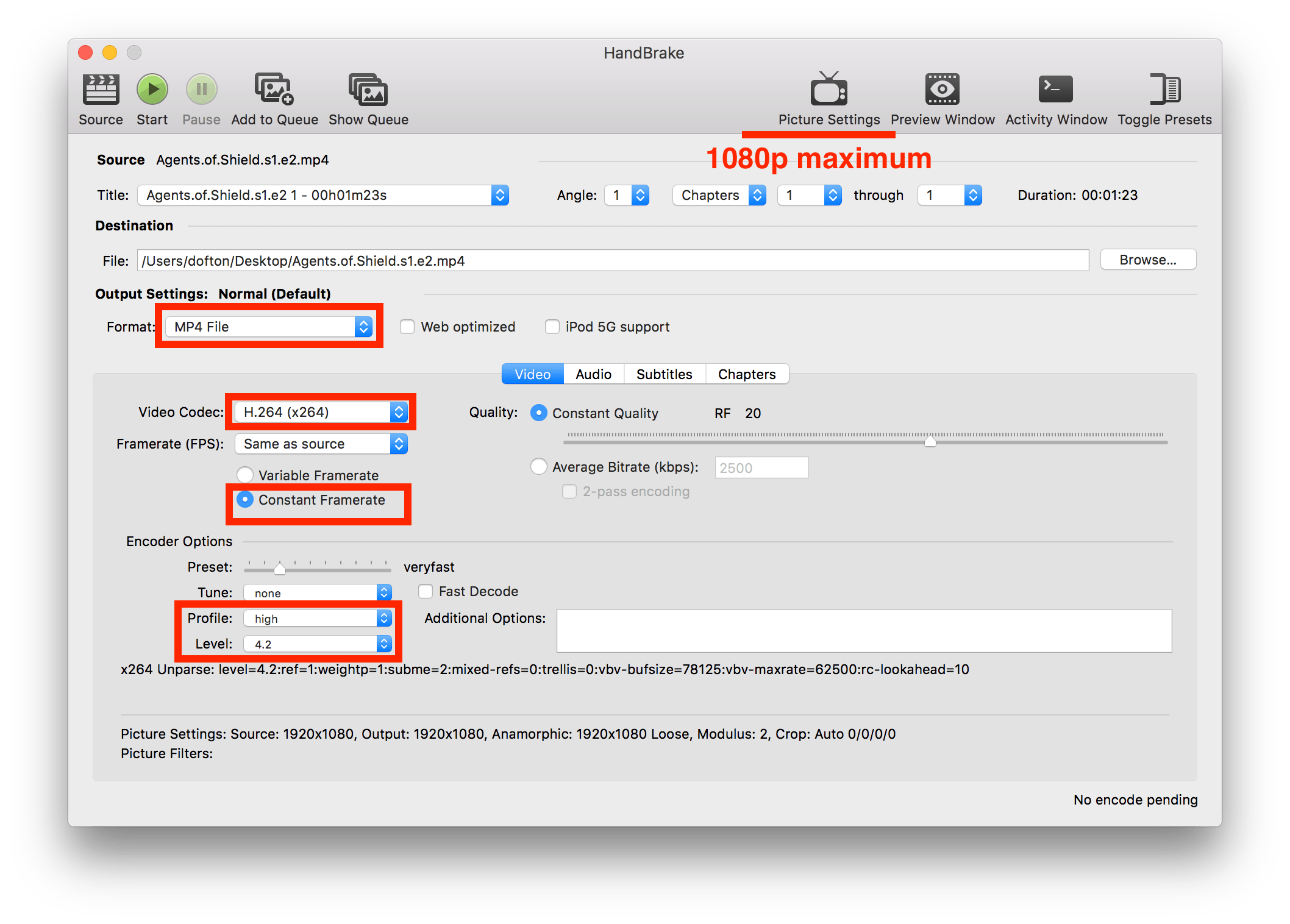 Use Handbrake to convert YouTube VR movie to PlayStation VR

In Handbrake you can adapt the video you’ve just downloaded so that it meets all the tech requirements (see screenshot).

In case you have 4K video, go to Picture Settings and adapt image resolution to 1080p.

Once you have it ready, proceed with the exact instructions below:

VR revolution is just about to begin. It’s not even there yet. There are no doubts, today is ground-breaking in terms of virtual reality. Introduction of Oculus Rift, HTC Vive, and the last stroke – the first PlayStation based VR headset is finally here.

To top all this, YouTube has a whole variety of VR videos on board that are just amazing for your VR experience. You already can download 360º videos from YouTube using Softorino YouTube Converter and fully enjoy on your PlayStation VR.

*4.8 stars rating for all Softorino products, based on 2,013 users reviews from Shopper Approved.