How to Put Movies on iPad without iTunes [2023]

If you are wondering how to put movies on iPad without iTunes - it's actually pretty simple. Here's at the Softorino's lab we came up with a super simple way put any movie on iPad.

Gadgets like iPhone or iPad are meant to be used when you are on the road, or when there’s no stable Wi-Fi connection. They are lightweight and often hold the functionality of a decent desktop computer.

With their hi-tech gorgeous screens, they are literally perfect for video playback. This is why putting movies on iPad or iPhone should be like shooting fish in the barrel – easier than ever. But seems like Apple took a bit different approach to the issue.

To put movies on iPad you HAVE to use iTunes, and guess what: it’s poky and slow. Furthermore, there are format impediments (ever tried syncing MKV or AVI file with iTunes?)

So shortly and frankly, putting movies on iPad or iPhone with iTunes – is a big pain in the butt.

So right here I would like to present you to a spick & span application – WALTR. WALTR is the only straightforward way to put movies on iPad & iPhone without iTunes.

How to Put Movies on iPad without iTunes in 3 Steps

WALTR is the very same app that HACKED iTunes. WALTR crushed all the barriers you could possibly experience with the software piece like iTunes is. You can also read how to copy movies to iPad with WALTR.

I’m pretty sure, you’re quite skeptical while reading these lines, but – there is no other solution that can send movies, music to iOS devices with simplicity and speed that’s close to this one.

And now when you are already on your tiptoes to see the app in action and make sure it’s really as good as said above, pay attention to the guide below on how to put movies on iPad without iTunes.

When the installation is over, just type your email address in the required field, when the app asks you to.

This info is for your 24-hour free trial period activation. From the moment you gave the email and during the day – you have the unlimited ability to use all the functions of this app. Softorino has released a universal license, now buying one subscription you get access to ALL Softorino products.

Step 2. Connect your iPad to your PC & Mac

Finally, WALTR is ready to show you why it is better compared to other apps. Launch the app, and the nice new window will appear on your desktop. 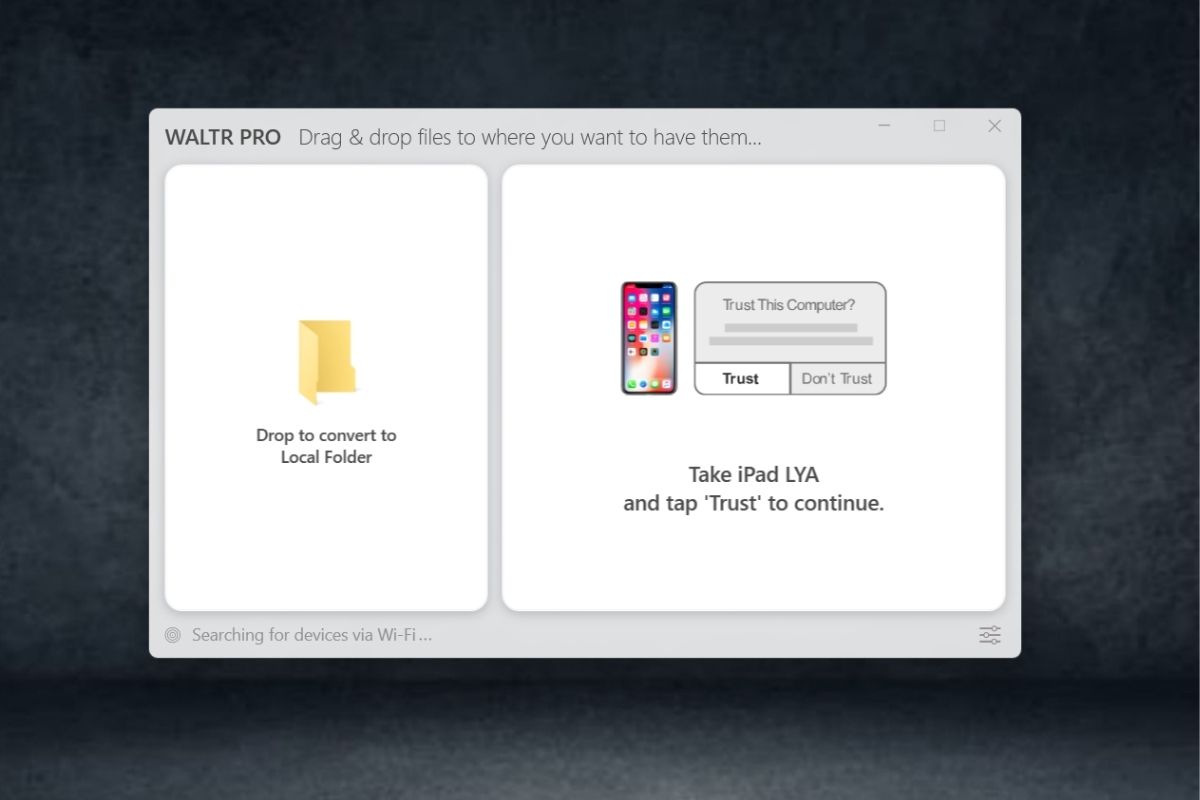 WALTR will get any movie to your gadget with the lightning speed.

Since you have your device connected to your computer, all you need to do is drag the movie you want to have converted and drop it into the recently opened window.

Right after this – you’ll see a blue progress line. It’ll keep you posted on how long the whole transferring will take. 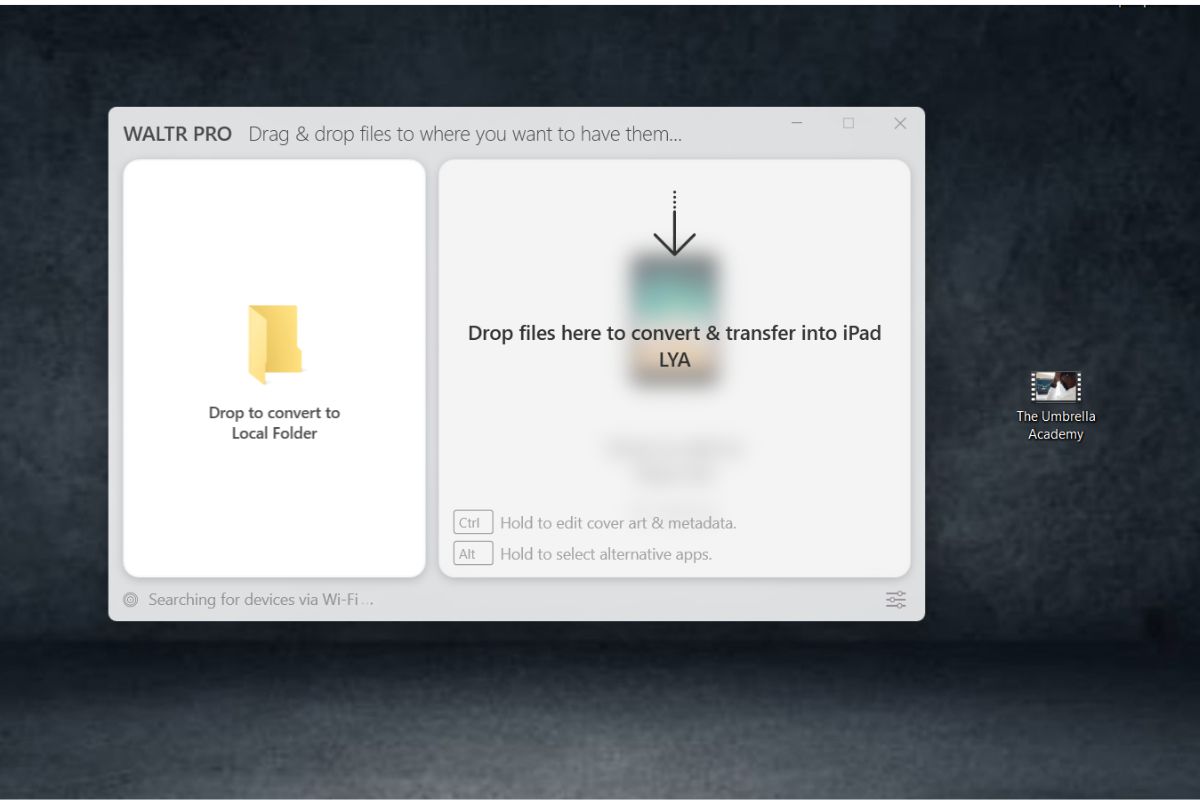 So, once the bright blue line disappears – your file is copied to your devices’ storage memory.

All you need to do is simply to find the video in the playlist of the standard Apple application.

Yes, one of the benefits of using WALTR is that all the files are accessible from your default applications. And considering that you probably love movies just as much as we do, you can even convert MKV to MP4 on a Mac/Windows with WALTR. 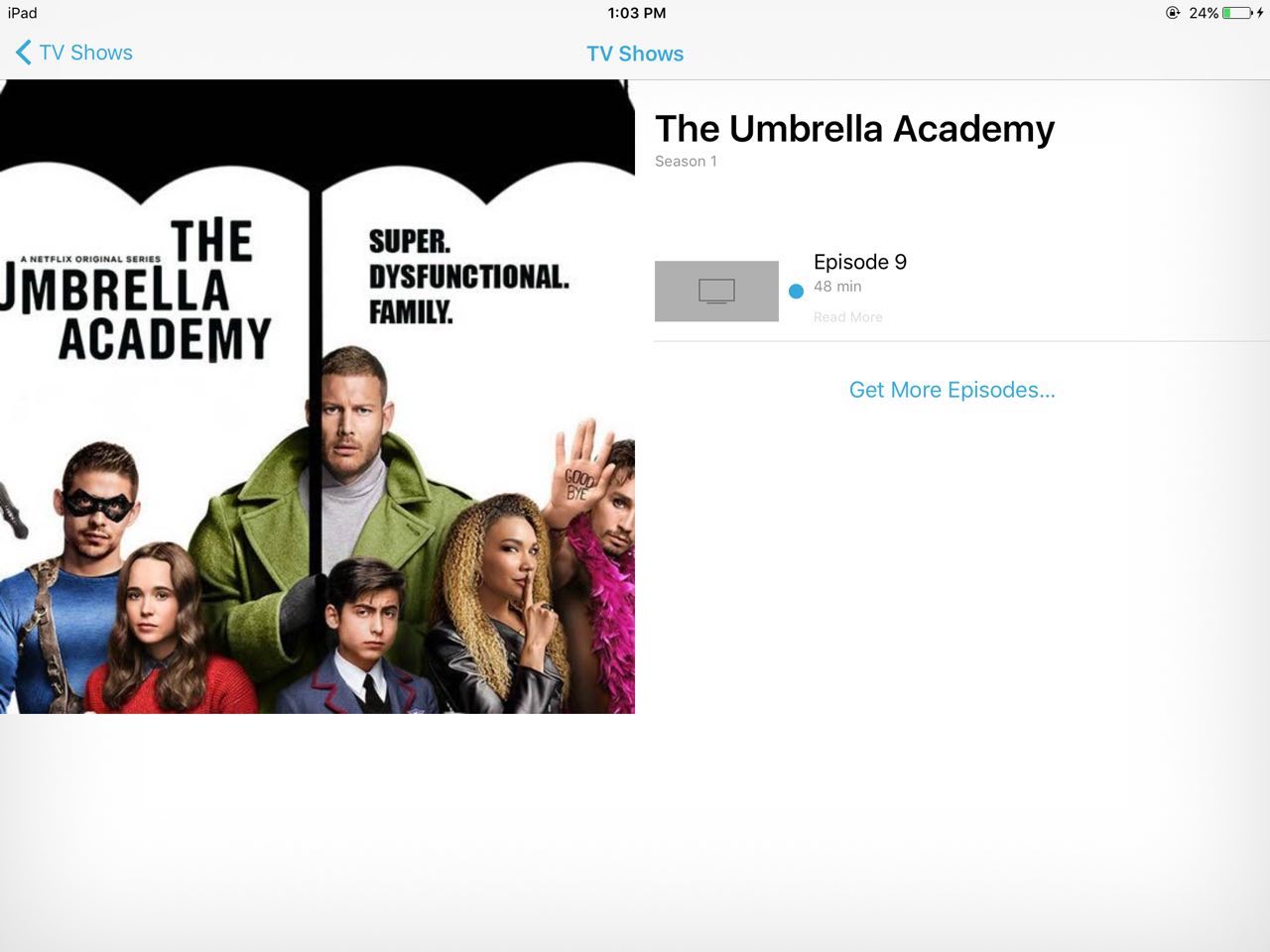 This article is dedicated to the most effortless way ever to put movies on iPad without iTunes – WALTR. You will not find any other program, which can perform the video converting in such an easy and short way. It doesn’t require iTunes sync – you just drag, drop and then watch your video.

It was WALTR that discovered that iPhone can actually play back 4K videos (even before Apple officially added this feature). WALTR received tremendous press coverage, thousands of positive user’ feedback and 100K downloads after a couple of months only.

WALTR will do all the dirty converting work with the total minimum of actions required from you. All converted files are available form the default video players.

That’s convenient and battery-efficient at the same time.

Additionally, this application can be much more helpful. It is capable of working with any media file, not only videos. Songs, audio-books and other media files can be converted, too. This app works on both Windows and macOS. What is more, it knows how to deal with any Apple device.

It doesn’t matter if you use iPhone, iPad, or iPod since you can put movies on any of them!